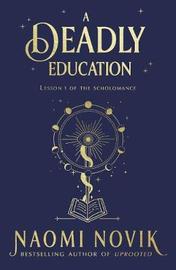 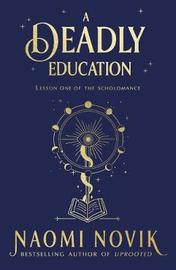 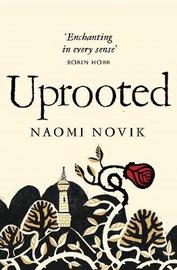 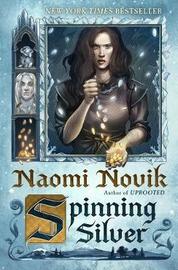 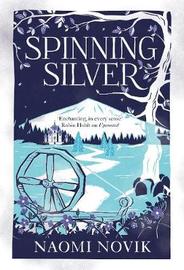 Unavailable
Sorry, this product is not currently available to order
This is the second in Naomi Novik's stunning "Napoleonic Wars Fantasy Series".

As Napoleon's tenacious infantry rampages across Europe and his armada lies in wait for Nelson's smaller fleet, the war does not rage on land and water alone. Squadrons of aviators swarm the skies - a deadly shield for the cumbersome canon-firing vessels. Raining fire and acid upon their enemies, they engage in a swift, violent combat with flying tooth and claw! for these aviators ride dragons. Months before the battle of Trafalgar, on patrol in the Atlantic, Captain Laurence's ship The Reliant takes a small French frigate, storm-damaged and possessing a fierce crew unwilling to surrender as easily as they should. On board Laurence finds a dragon egg - a great prize as England is in sore need. Months into the slow journey from Asia, the egg hatches. A sinewy new-born emerges from the fragmented shell, ignores his harness-bearer, approaches Laurence and changes his life.

The life of an aviator is not a desirable one; reviled by fashionable society, they live hard, lonely lives bound to duty and they frequently die young. Laurence must now join them; duty demands it, though his heart is broken. But, more astonishing than the dragonet - named Temeraire by Laurence - are the documents found with him, documents addressed to Napoleon from the greatest, most skilled dragon-breeders in the world - the Chinese. The dragon Temeraire was meant for the Emperor Napoleon himself and promises to grow into no ordinary creature.

Reviews for the Temeraire series

“These are beautifully written novels: not only fresh, original, and fast-paced, but full of wonderful characters with real heart.”-Peter Jackson

'Novik won me over with her first novel, the combination of military history, sympathetic characters, and engaging style makes this series great, intelligent fun' The Times

“So realistic that it drowns disbelief . . . first-class in every respect.”–Booklist (starred review)

“A gripping adventure full of rich detail and the impossible wonder of gilded fantasy.”- Entertainment Weekly

Naomi Novik is the acclaimed author of His Majesty’s Dragon, Throne of Jade, Black Powder War, and Empire of Ivory, the first four volumes of the Temeraire series, recently optioned by Peter Jackson, the Academy Award-winning director of the Lord of the Rings trilogy. A history buff with a particular interest in the Napoleonic era, Novik studied English literature at Brown University, then did graduate work in computer science at Columbia University before leaving to participate in the design and development of the computer game Neverwinter Nights: Shadows of Undrentide. Novik lives in New York City with her husband and six computers.
Release date Australia
August 7th, 2006
Author
Audience
Country of Publication
United Kingdom
Edition
New title
Imprint
Voyager
Pages
400
Series
Temeraire
Dimensions
165x220x25
ISBN-13
9780007219131
Product ID
1631500