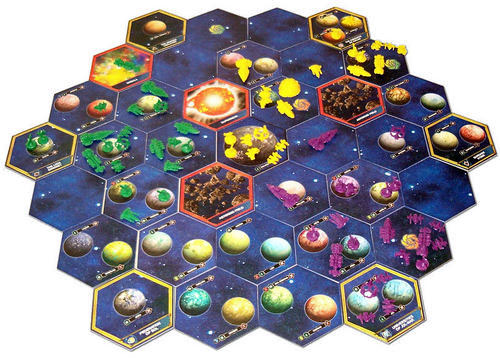 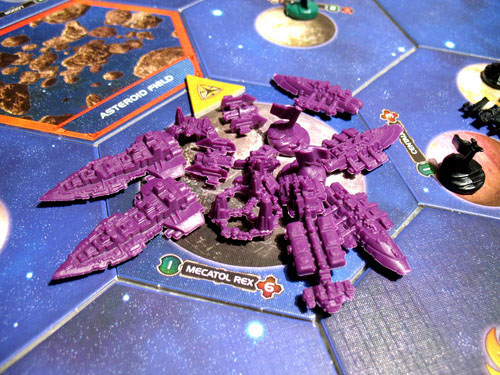 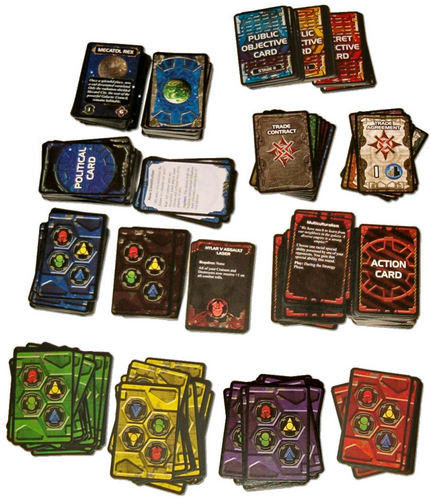 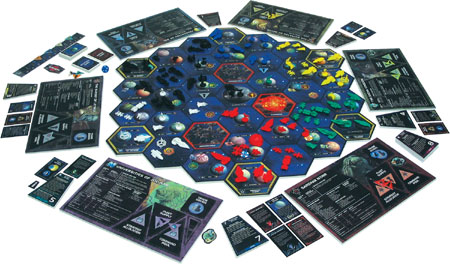 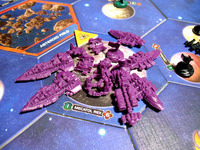 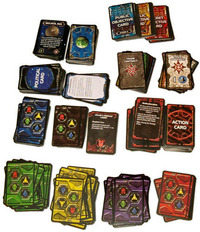 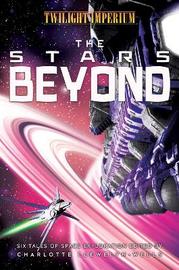 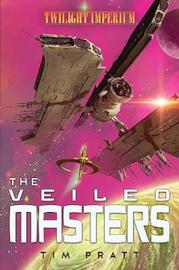 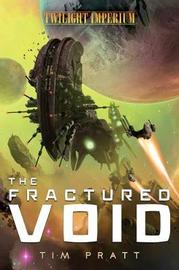 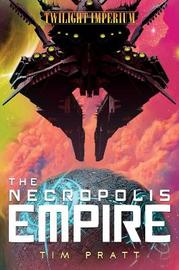 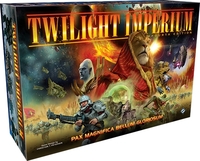 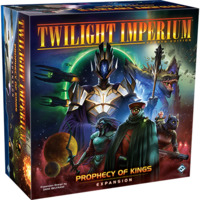 This truly is the king of boardgames. Have lots of time set aside for this game though… And at least three good friends because this game takes time.

How much time? A full day… Maybe two, if you're lucky. It may seem daunting at first but you soon catch on to the numerous rules, and before long are swooping into your neighbour's galaxy as part of a two pronged attack with the player on the unlucky neighbour's ot­her side.

Fortunately the complexity and number of players has an upside, the game is never the same. I would highly recommend this game to anyone, young and old(er).

9 out of 10 people found this review helpful.

… Now hold it for the rest of the game! I dare you to try it! This is possibly the most involved galactic 4× game I have ever seen, and it will take you (at least) a day to play through if you have six people!

An epically made game, the rules are well constructed, and unambiguous enough that when you learn the game you can play it with relative ease. Of course things are open to interpretation; it's all in how you read the rules after all, but we always work things out :)

I haven't gotten to play this anywhere near as much as I would like, but I can highly recommend this if you're looking for a new addition to your gaming library and you want something very very advanced. I actually would really like to get the add ons with the other races and have a 10 player mash up, but I dread to think how long that would take to complete, and how much room we would need to create the universe and have all the play pieces out!

The only negative I would say to this game is all the sorting you have to do pre and post game. The way to ease that is the addition of many small plastic boxes to put everything away in the right order. I have done this, and it makes it much easier, but for this reason, it loses half a star, and it also loses half a star because Mighty Ape don't allow half ratings!

This is an epic and incredibly involved game, and if you're looking at this, I suspect you have already made up your mind, so what are you waiting for- Go, fetch! Expand your gaming universe and try to conquer all you see, how many of your friends can you annihilate or convince to annihilate each other- There is no more fun to be had at the dining table than taking your empire from strength to strength and ruling Mecatol Rex! It will be mine, oh yes, it will be mine!

This is Fantasy Flight's Flagship Game, and even after 8 years, it still stands up as one of the premiere board games to come out of the recent gaming boom. The time to play is nowhere near what people exaggerate (14 hours– No way. More like 6 for a 6 player game. About an hour per player).

If you are trying to decide between this game and another 4X board game, go for TI. It does everyone the others do and more, and it does it better.

Welcome to a galaxy of epic conquest, interstellar trade, and political intrigue. Twilight Imperium is an exciting board game in which 3-6 players seek to build a galactic empire by the cunning use of strategy, diplomacy, and resource management.

Players take the roles of ancient galactic civilizations, each seeking to sieze the imperial throne via warfare, diplomacy, and technological progression. With new oversize geomorphic board tiles, finely detailed plastic miniatures, hundreds of cards, and a massive plurality of options. By taking on the role of a great interstellar race, players will seek the ultimate goal: to claim the Imperial Throne on Mecatol Rex and lead the galaxy to a new age of glory.

But the road to the Imperial Throne is long and the galaxy holds many dangers. Do you have what it takes to lead your race out of the troubled Twilight Age- Do you have the determination to move your race forward using a balance of diplomacy, careful planning, and the use of force- Are you ready to direct the scientific development, military might, and economic growth for an entire interstellar civilization-

If so, your time has come!