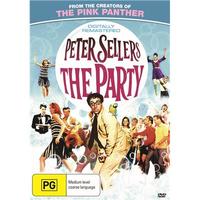 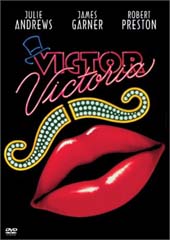 Victoria Grant (Julie Andrews) is a struggling English chanteuse trying to make ends meet after being abandoned in Paris. With eviction looming she meets enterprising cabaret owner Toddy (Robert Preston) who intriguingly reinvents her as a male impersonator posing as a female impersonator: Count Victor Grazinski is born and quickly becomes the toast of Parisian nightlife.

“His” success attracts the attention of big-time Chicago mobster and night-club owner King Marchan (James Garner) who becomes captivated, confused and fascinated by Victor/Victoria – and is determined to find out why, with hilarious and potentially disastrous consequences!