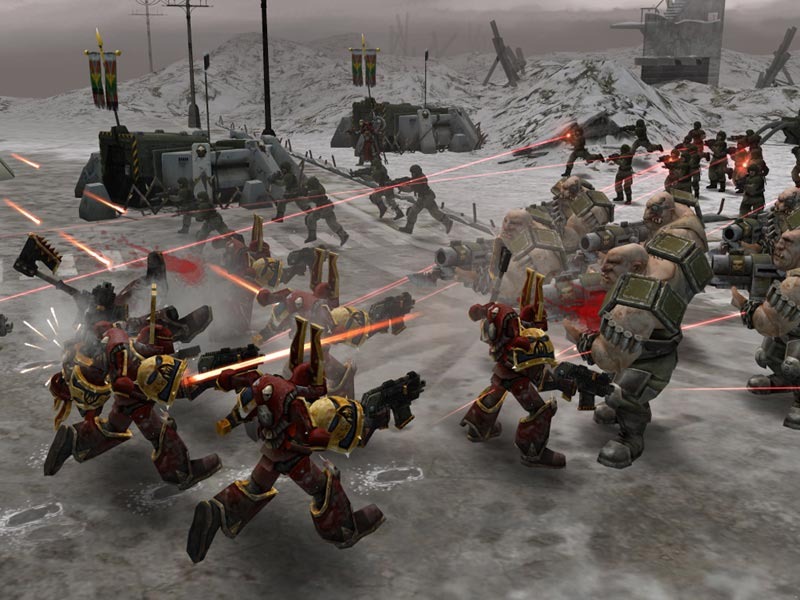 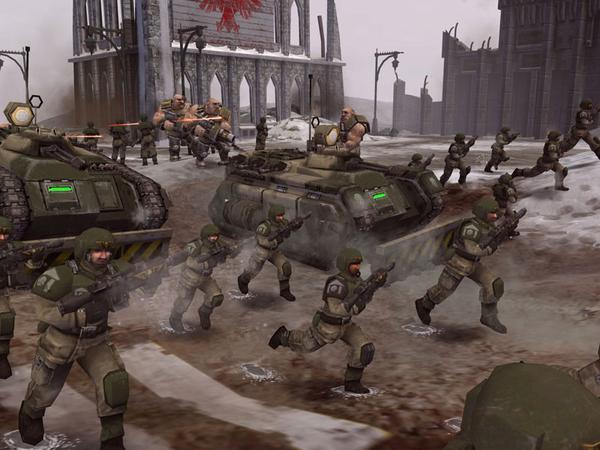 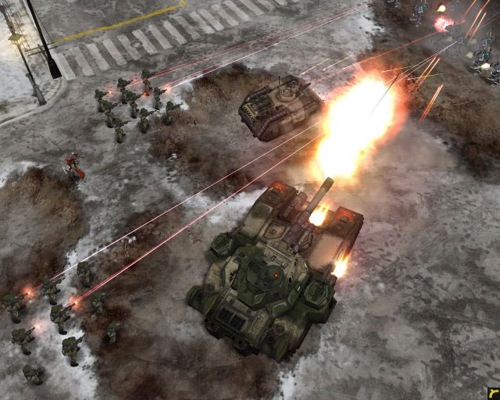 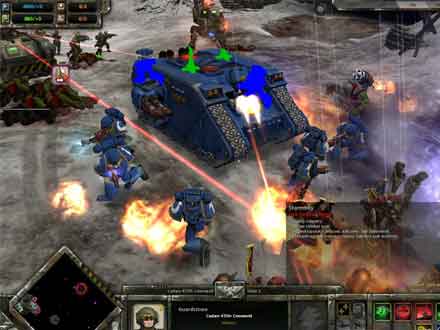 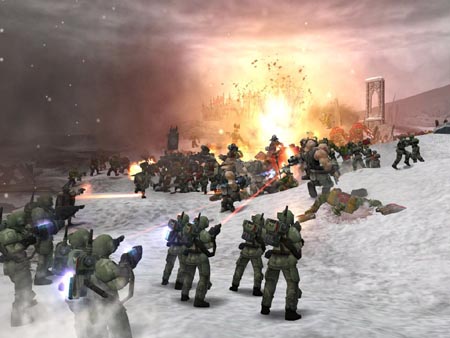 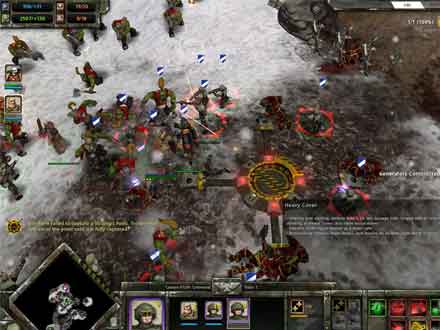 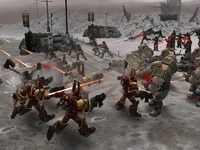 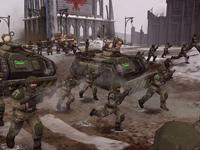 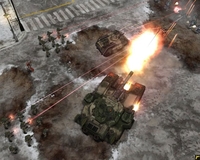 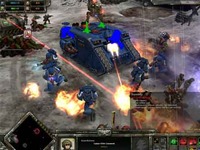 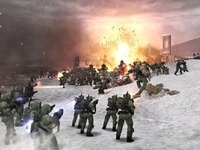 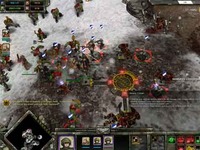 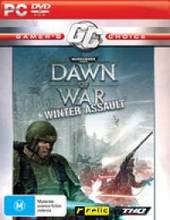 This expansion doesn't change much to the core experience of Dawn of War (which is a good thing) but does add in a new faction to try out and play with! (Which is also a good thing!) The campaign is forgettable but the new faction is fun to play with, having a more solid emphasize on defence which is a nice change to a fast paced onslaught game.

Lost amongst the ruins of a leveled city lies an Emperor Class Titan, a war vessel of untold power forged in the planet-wide furnaces of Mars, and revered by billions as the epitome of Imperial dominance.

The one who controls it will command the power to destroy, or defend, a world. The Imperials will summon it to overcome great evil, Chaos will corrupt it for their own designs, Orks will destroy it in their bloodlust and Eldar will disregard it in their arrogance.

The expansion pack to the award winning Warhammer 40,000: Dawn of War will build upon the most exciting, visceral, front-line battlefield ever seen in an RTS game. Promising one of the biggest expansion packs ever.