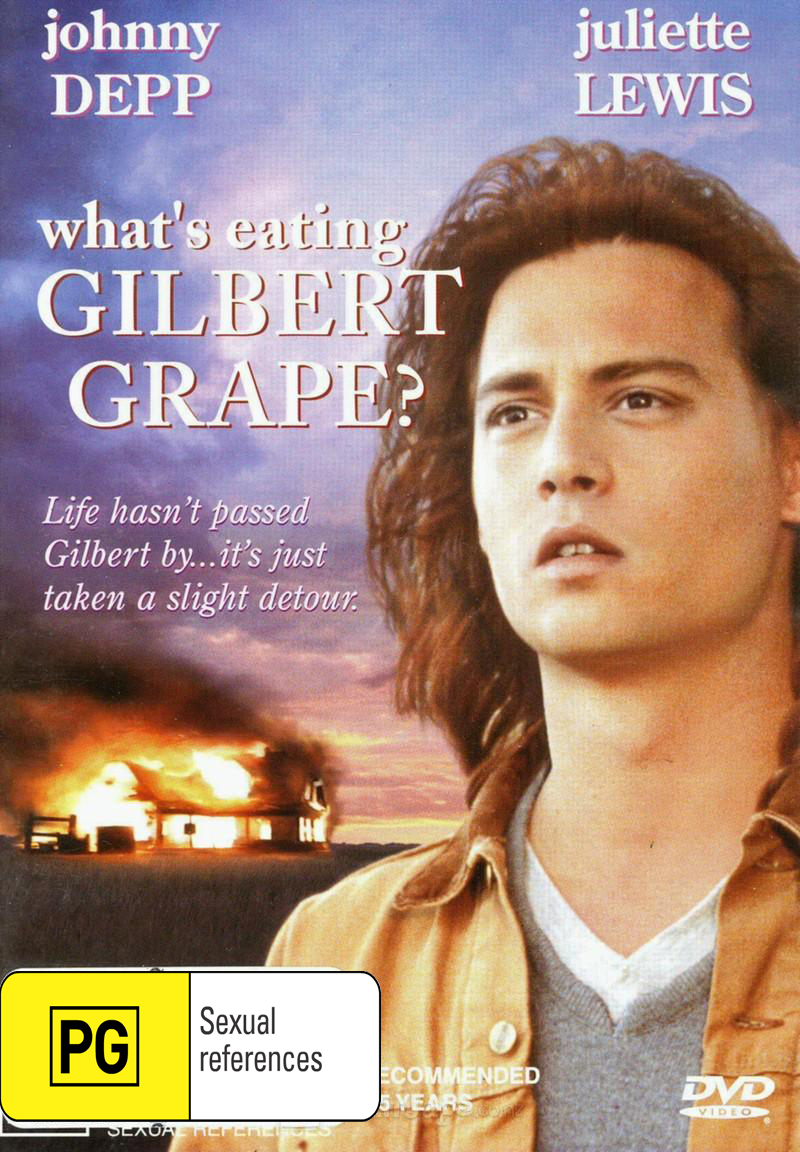 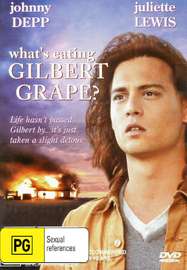 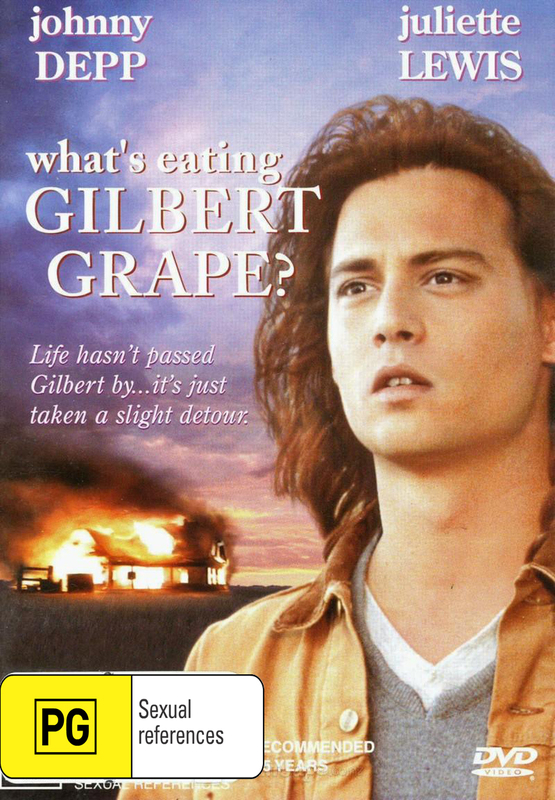 Fabulous, moving, movie. If anyone ever doubted that Leo can act – this movie removes any argument, his acting is primo.

The best movie ever! I used to watch this literally every single day and never get sick of it.

A great film filled with Comedy, heartbreak and the meaning of family. The performances by Leo and Johnny are out of this world! A must see for any film lover

Gilbert Grape (Johnny Depp) is a young man trapped in an eccentric family in a small town, with a developmentally disabled teenaged brother, Arnie (played brilliantly by Leonardo DiCaprio), an incredibly overweight mother, and a house falling down around their ears.

Brilliantly directed by Lasse Hallström (My Life as a Dog), this funny, moody tale comes to a heartwarming conclusion as the nice new girl in town (Juliette Lewis) comes to rescue Gilbert, now at wits end with Arnie’s stubborn antics. But through it all, the centre of Gilbert’s life remains his selfless, fatherly bond with his brother.

This is the movie that Leonardo DiCaprio received an Oscar nomination for, five years before Titanic. And, in fact, this is the movie that should have made him a star, he's so good in it. Based on the novel by Peter Hedges (who adapted his own book) and directed by Lasse Hallström (My Life as a Dog), this is the funny, moody tale of a young man named Gilbert Grape (Johnny Depp) who lives at home in a small town with his 500-pound Momma (beautifully played by nonpro Darlene Cates), his mentally retarded younger brother Arnie (DiCaprio, utterly convincing), and his sisters. Not a lot happens--Arnie keeps climbing a water tower and getting stuck; Gilbert is involved with a married woman (Mary Steenburgen), then meets a nice new girl in town who's closer to his age (Juliette Lewis). And that's exactly what makes this movie so much more than your run-of-the-mill Hollywood product: it's not about some mechanical, formulaic plot; it's about these characters, and it allows you to spend some time with them and get to know them. Depp may have started out as a TV teen idol on 21 Jump Street, but his feature film choices since then--in such wonderfully offbeat and diverse movies as Cry-Baby, Edward Scissorhands, Benny & Joon, Donnie Brasco--have made him one of the most interesting, unpredictable, and risk-taking young actors in American movies. --Jim Emerson