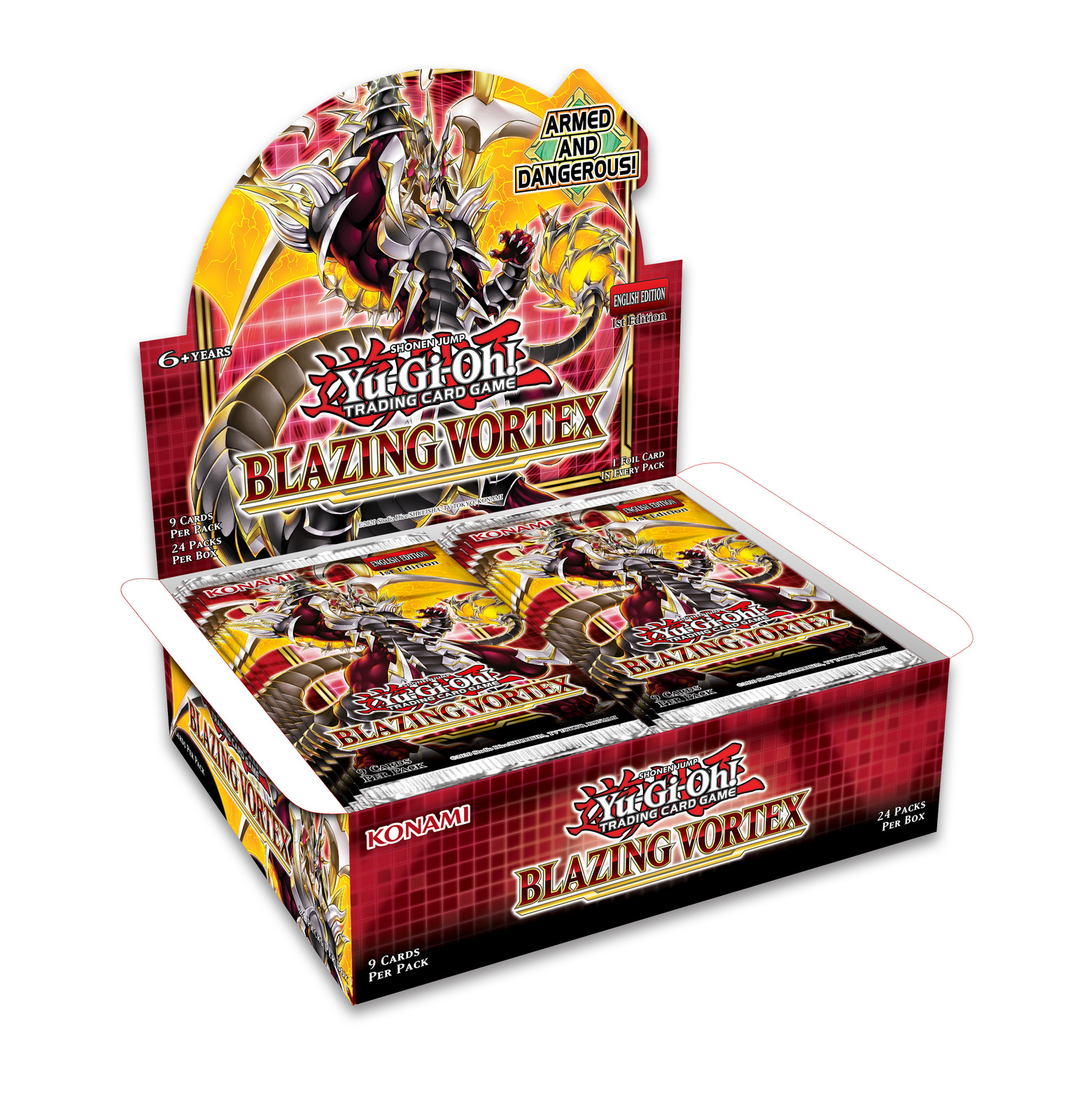 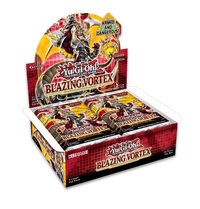 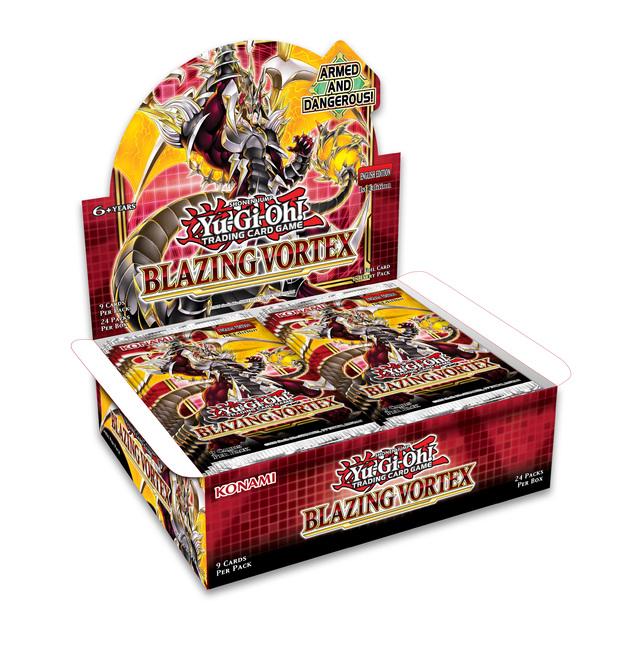 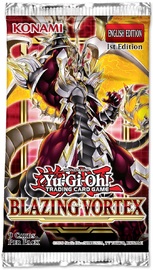 Level up your game with 100 new cards to play and collect including a reimagining of Chazz Princeton's “Armed Dragon” cards from the Yu-Gi-Oh! GX animated series. Play them on their own or combine them with the original “Armed Dragon” cards to create a hard-hitting new strategy that aims to unleash a brand-new version of Armed Dragon LV10 and power it all the way up to 10000 ATK!

In addition, you can find…

Cards that power up some of the themes introduced in Secret Slayers, Rise of the Duelist, Phantom Rage, and Genesis Impact.
New cards for themes introduced in 2010, 2012, 2016, 2017, and 2019.
The latest version of an iconic Spell Card that everyone knows.
A World Premiere Card that reinvents another classic Spell Card.
And more!
The Blazing Vortex booster set contains 100 new cards: 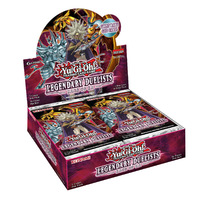 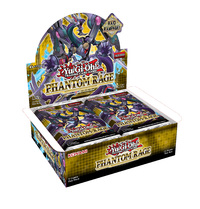 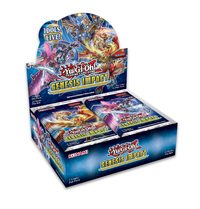 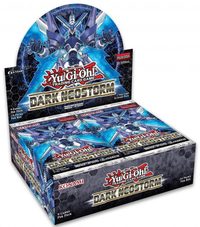 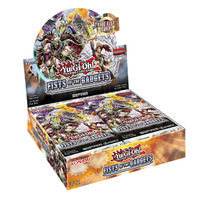