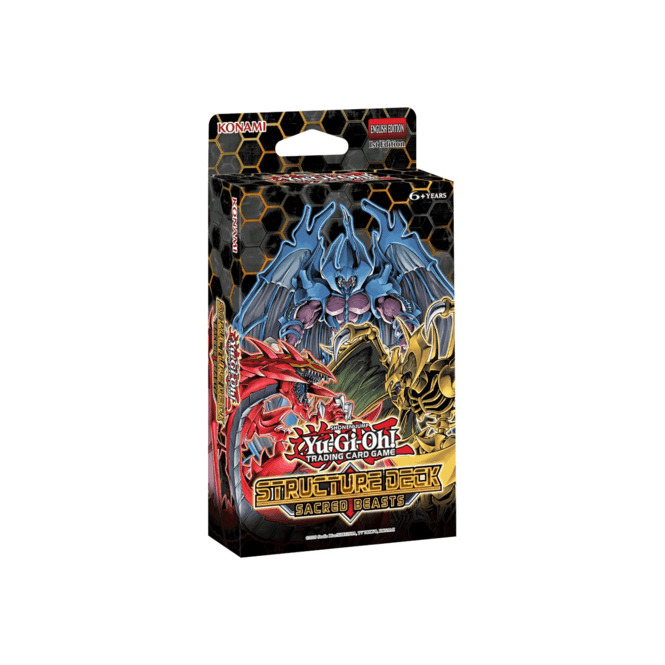 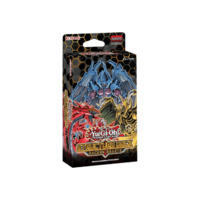 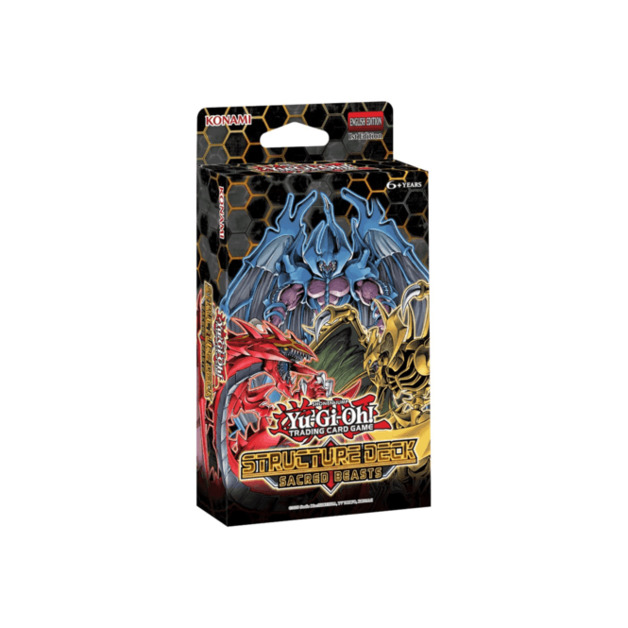 This deck is the first time konami has made a structure deck about the 3 gx god cards and they have not even made one for the 3 original god cards just absolutely amazing. Cannot wait for a god card structure deck.

It's a Yu-Gi-Oh! GX fan's greatest dream come true! After years of needing their own individual Decks to survive, the three Sacred Beasts have been united under a single banner in Structure Deck: Sacred Beasts!

Unification!
Structure Deck: Sacred Beasts includes more ways than ever to Summon the three Sacred Beasts! Hamon, Lord of Striking Thunder and Uria, Lord of Searing Flames each receive cards that modify their Summoning requirements to make them easier to fulfill and help you mount a second or third strike if the first isn't enough. Alternatively, you can skip those requirements altogether with a new monster that can be Tributed to Summon any of the three Sacred Beasts from your hand and then banished from the Graveyard to add the dominating Fallen Paradise Field Spell to your hand!

Exaltation!
In addition to increasing your access to the Sacred Beasts and your ability to Summon them, Structure Deck: Sacred Beasts also increases the dominance of Sacred Beasts once they reach the field! You'll be able to double Raviel, Lord of Phantasms ATK to 8000 and crush all your opponent's monsters in a single Battle Phase, negate your opponent's Spe­ll/Trap effects while you control Hamon, Lord of Striking Thunder in Attack Position, and do a little creative accounting to power up Uria, Lord of Searing Flames far beyond its natural limitations. 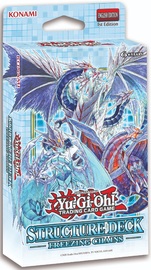 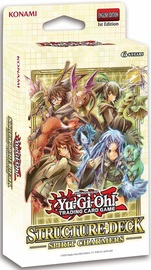 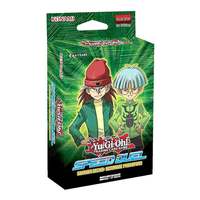 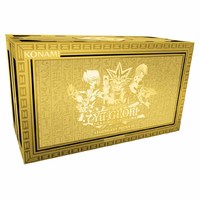 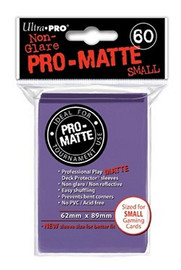 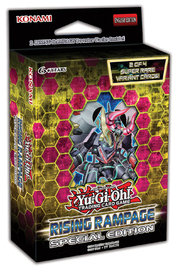 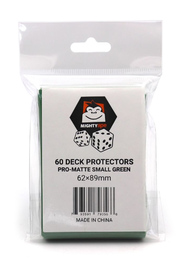