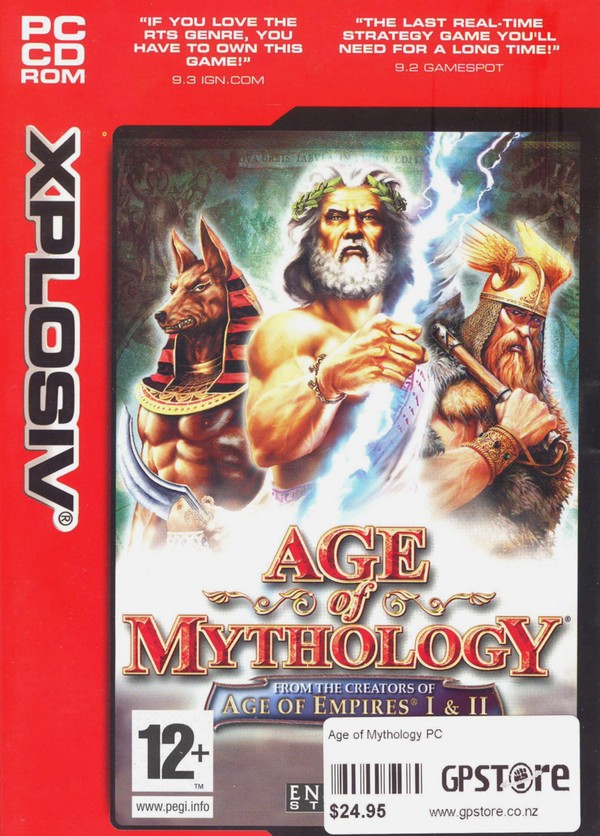 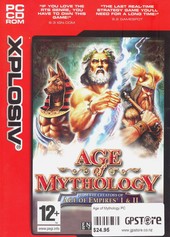 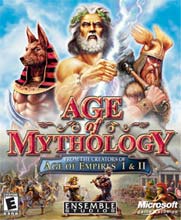 If you're looking for a fast-paced, strategical, tactful and action-packed game with all the trimmings and awesome features to boot then this is a must-have game. If you're an RTS fan but have only played Command & Comquer style RTS then it's time you steped away from the the mundane and took a step up to the mens level of Real Time Strategy. Get online and marvel as men, myth creatures and Gods battle it out to the bitter end with 3 races (Norsmen, Egyptian and Greek) each based on actual mythology. It also has an awesome add-on with a new race and all new game features that will put the game in the history books.

Age of Mythology transports players to a time when heroes did battle with monsters of legend and the gods intervened in the affairs of mortal men. Players wage war using human armies and diplomacy, progress through development ages, enhance military and economic performance with improvements and manage economics through resource gathering and trade. Mythology enters the mix when players call upon the gods to act on their behalf or reinforce their armies with more than 20 mythological creatures.