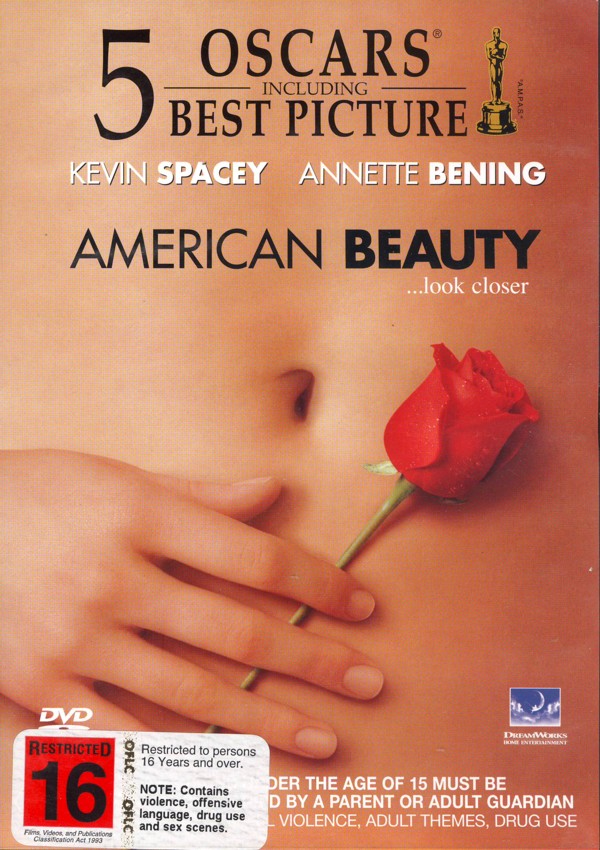 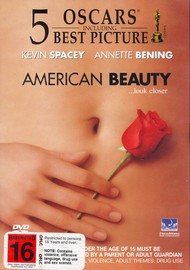 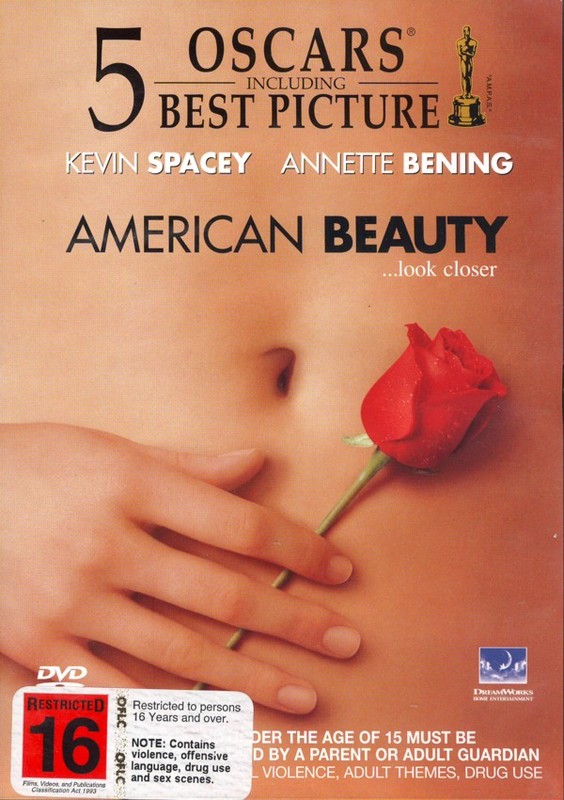 I've seen this movie over and over. The DVD let's you watch the whole movie with a voiceover from Sam Mendes, director and the producer (I think). Fascinating insights into what is just a complete 5 star movie

This film is really good. It captures the different aspects of teenagers and also families. After watching this movie you know why it won best picutre. I personally went on a serach for this movie after the first time I saw it because it was a movie I wanted to own and be able to watch over and over again. American Beauty is truly AMAZING!

Look closer at the most acclaimed cast of the year led by brilliant performances from Kevin Spacey and Annette Bening as the indelible Lester and Carolyn Burnham, a seemingly ordinary couple in an anonymous suburban neighborhood whose marriage – and lives – are slowly unraveling.

From beginning to startling end, American Beauty has been deemed a “flat-out masterpiece”.