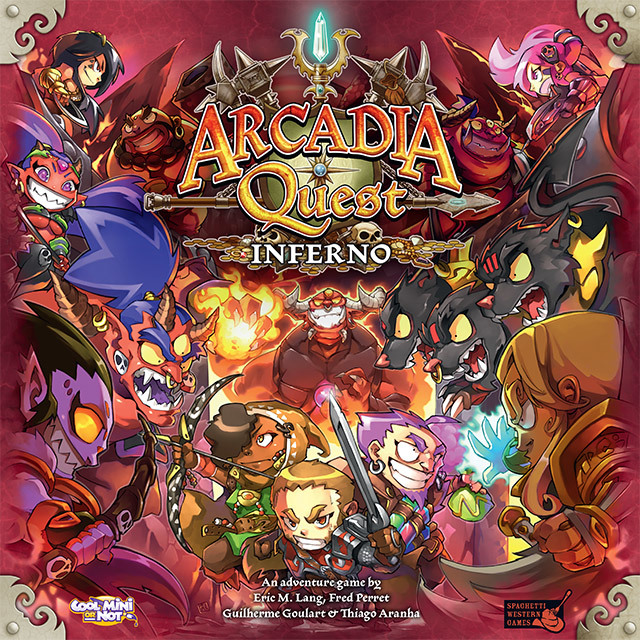 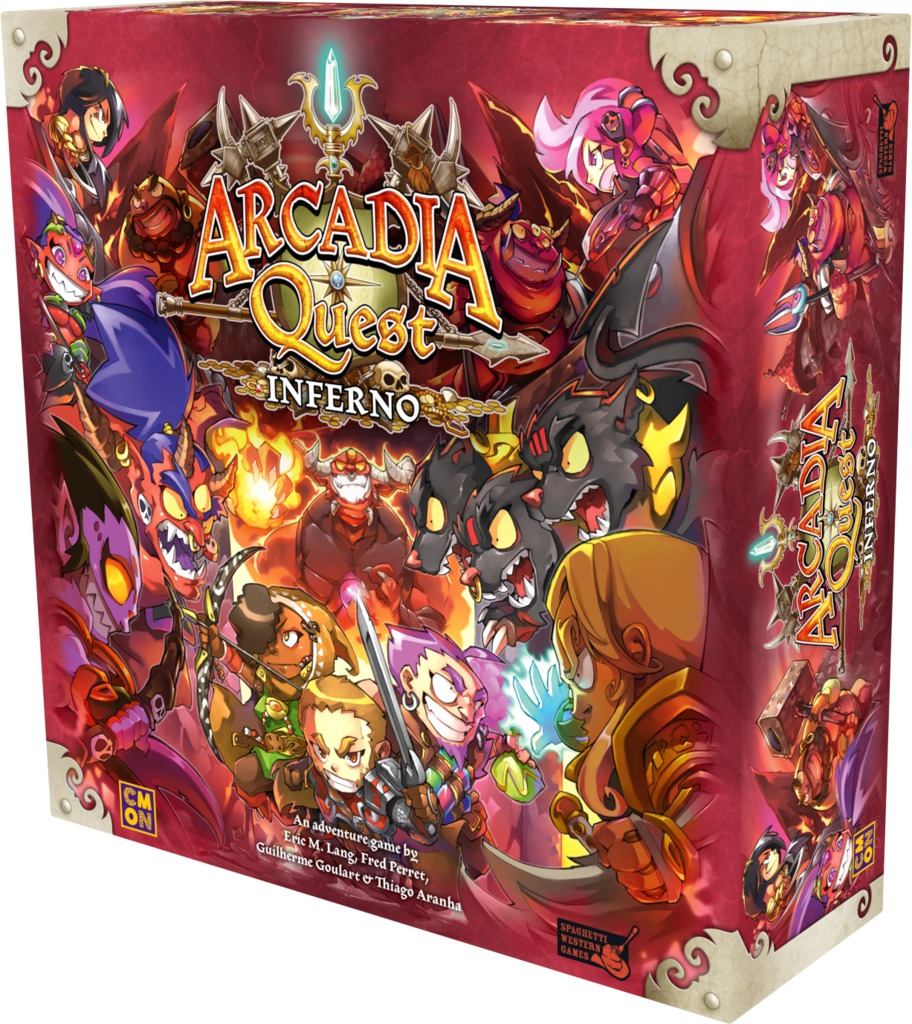 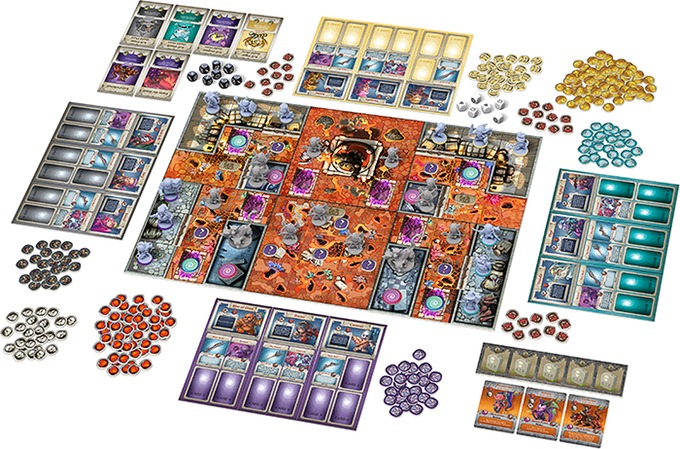 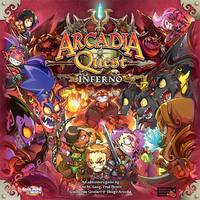 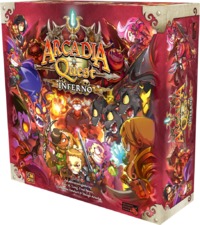 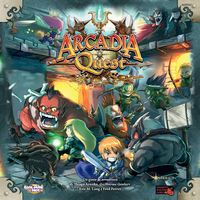 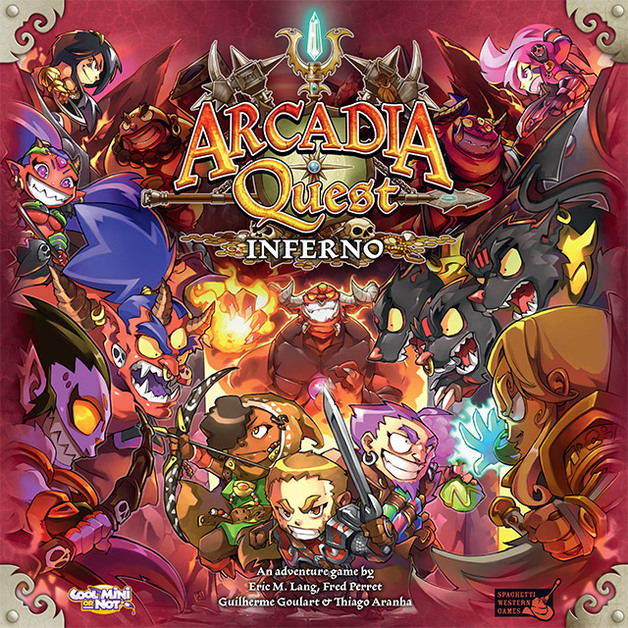 Im a big descent and imperial assault fan, and I wanted a game kinda similar although AC is ALOT lighter. But I did my research on this game, read loads of reviews. And everyone seemed to say it is loads of fun and a good game. So my game arrived, I set it up, learnt the rules. And we started playing. About halfway through the first quest we got bored and packed it away and haven't played it since. Its just really simple (which isnt always a bad thing) and had very little depth to it which resulted it boring quests and boring gameplay. Its like a rubbish skirmish. Its just not fun and doesnt make you want to keep playing. That was our first impression anyway. I really hope it gets better on our second play, but we're in no hurry to play again. Which is a shame as I heard so many great things about this game.

Inferno is a standalone expansion to Arcadia Quest. It is 100% compatible with the original
base game and introduces four new Guilds: Sharks, Tigers, Crows, and Serpents. It features new types of heroes, such as Alchemists and Gladiators.

There is a new branching campaign system, and the storyline revolves around the guilds descending into a fiery abyss. There are Brimstone cards that make the terrain risky to navigate, which operate similarly to the Tombstone cards from Arcadia Quest: Beyond the Grave.

A new mechanism called “Damnation” will tempt the heroes with powerful weapons that can corrupt the characters over time or change the behavior of nearby monsters. There are also Angels, which are allied characters for the heroes to rescue, escort or assist. Working with the Angels can affect the branching campaign path system and even allow the player to recruit them for use in later missions.