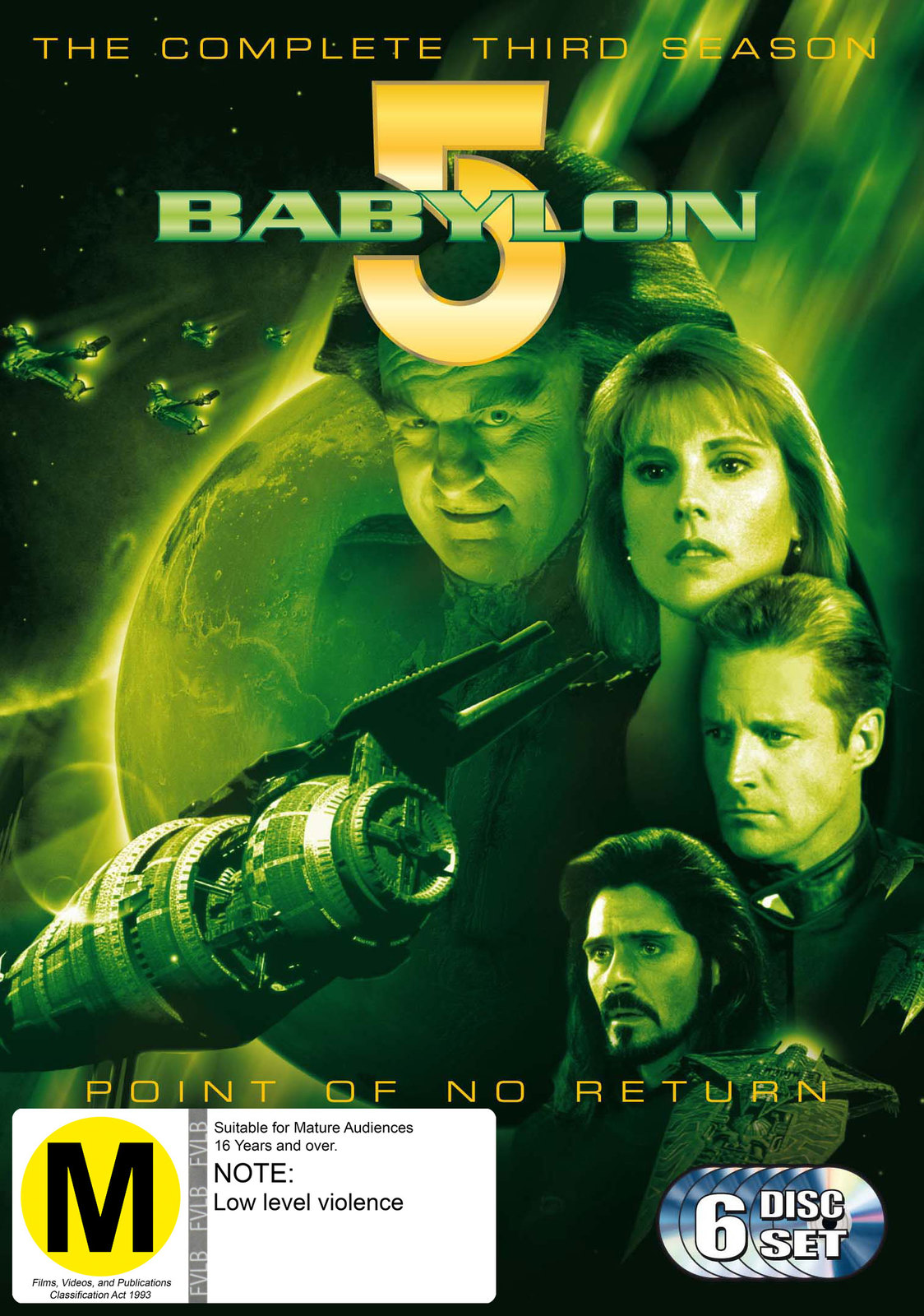 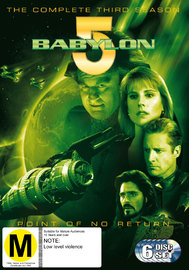 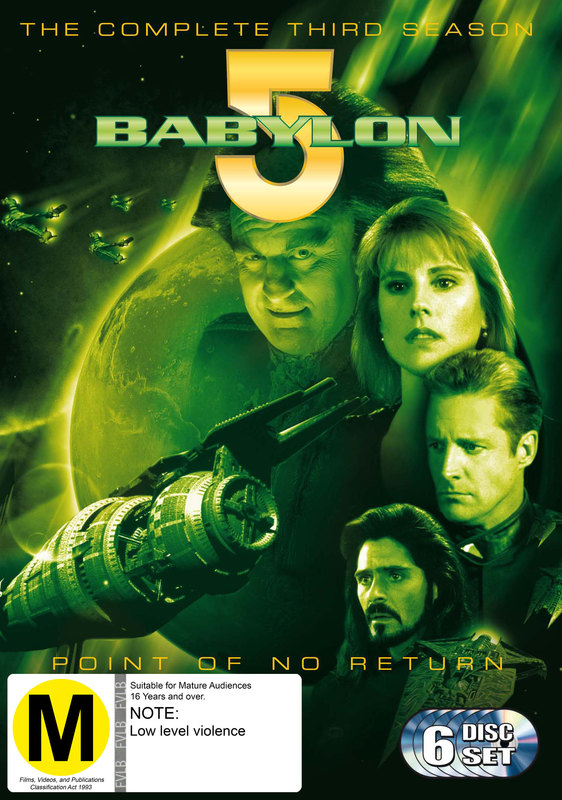 More episodes packed with action, adventure, drama and dazzling special effects, Babylon 5 is an established modern day sci-fi classic. This Hugo and Emmy-award winning series is about the space station at the tumultuous heart of the 23rd Century's bid for peace.

Episode titles: Matters of Honor, Convictions, A Day in the Strife, Passing Through Gethsemane, Voices of Authority, Dust to Dust, Exogenesis, Messages From Earth, Point of No Return, Severed Dreams, Ceremonies of Light and Dark, Sic Transit Vir, A Late Delivery From Avalon, Ship of Tears, Interludes and Examinations, War Without End 1, War Without End 2, Walkabout, Grey 17 is Missing, And the Rock Cried Out No Hiding Place, Shadow Dancing, Z'ha'dum.