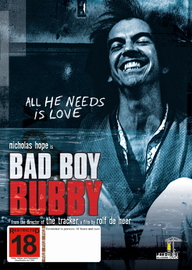 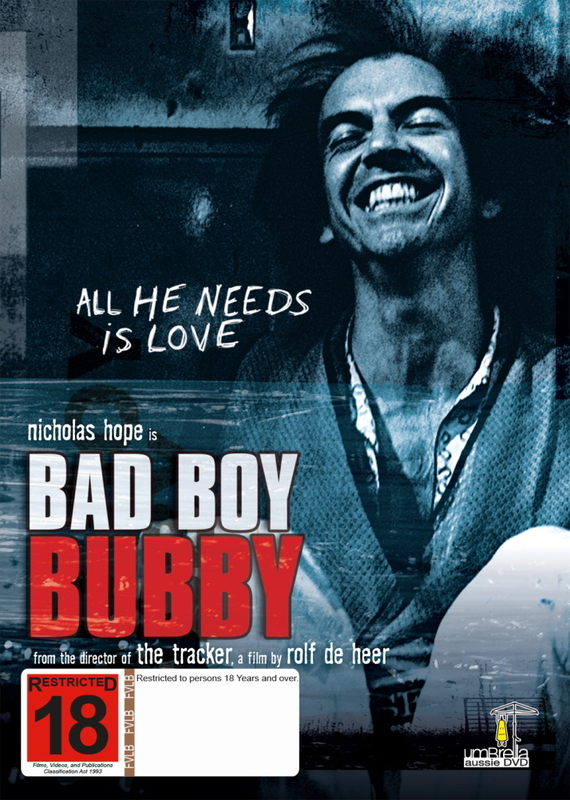 This is one classic cult movie everyone should see !

It's been about 20 years since I had last watched this film – it has dated a little, however it is an amazing piece of Australian film.

All he needs is love.

L.A. Weekly called it disturbing and compelling, and it was awarded The Grand Special Jury Prize at the Venice Film Festival. Despite a limited release in America, it would shock and delight audiences to become one of the most daring and controversial cult films of the past decade. Nicholas Hope in what Variety hails as an astonishing performance stars as Bubby, a demented man-child kept locked his entire life in a squalid apartment by his depraved mother. But when Bubby who can only communicate by mimicking what others say and do escapes into the outside, he soon discovers the wonders of sex, crime, rock & roll and pizza. Will this mad bastard be destroyed by the realities of our cruel world, or does a higher calling ultimately await him in the most unlikely place of all?