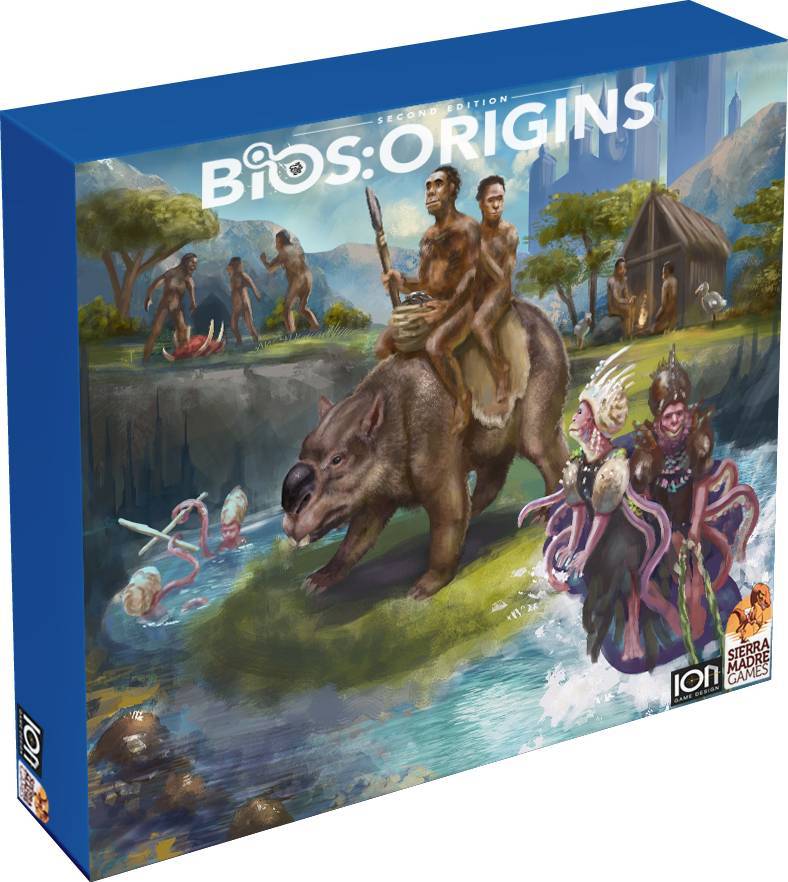 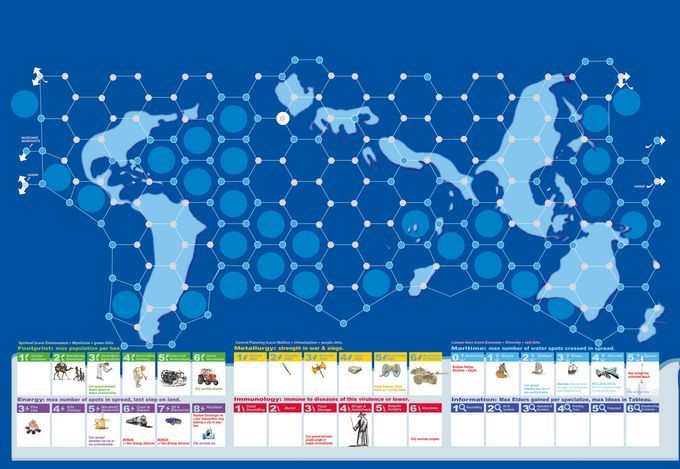 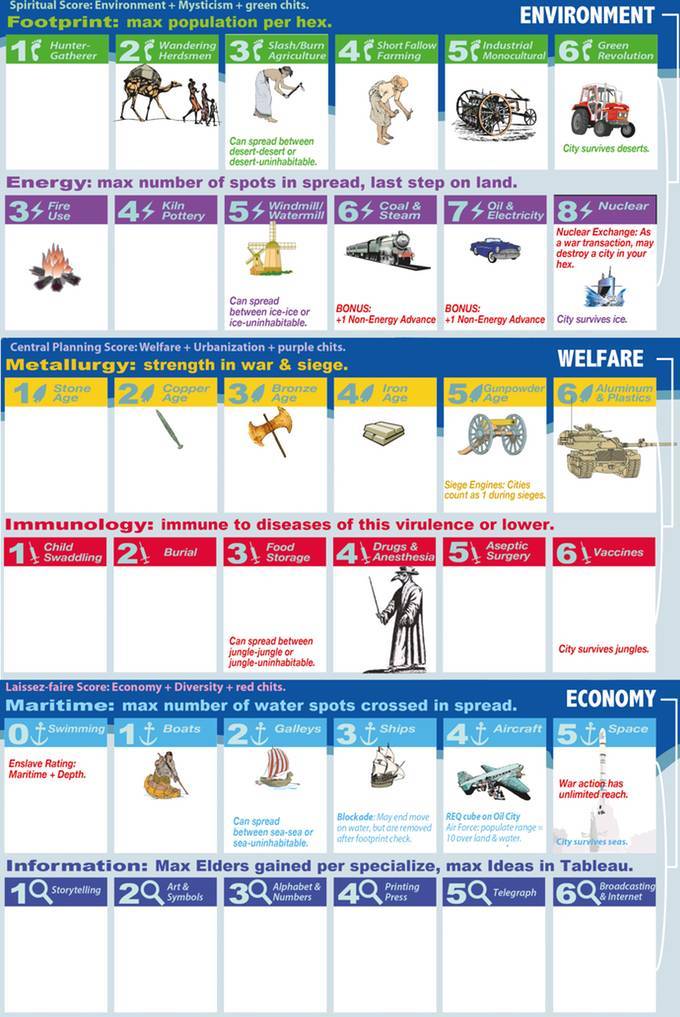 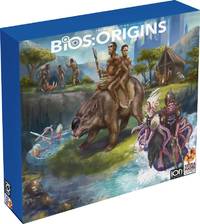 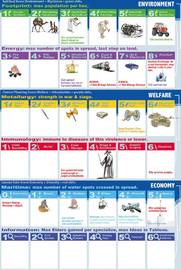 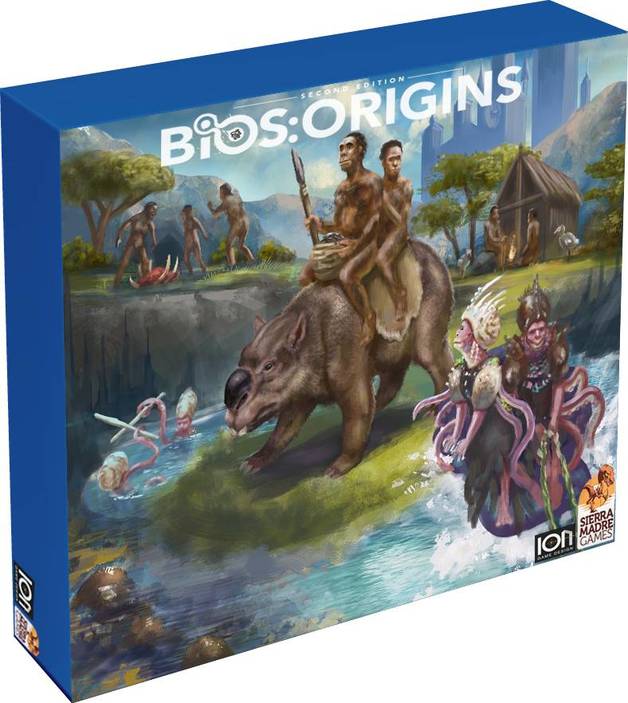 You start as an ingredient in the primordial soup, and try to create life. Solitaire, competitive, and cooperative play options. This is the first game in the Bios:Trilogy, being followed by Bios:Megafauna 2 and Bios:Origins 2. The Bios games are linked yet independent.

Bios origins is the 2nd edition of Origins – How we became human. The game is redesigned from the bottom up and made to fit into the Bios Trilogy. The theme is similar to the first edition, the evolution of an intelligent species from the time they become self aware until the time they start sending things into space. The game takes place during the time period from 3 million years ago up until now. Each player represent one of the sub-species of the kind of animal that first developed a more advanced language and embarked on developing into intelligent creatures that spread all over the world. The game ends as they enter space.

You evolve your population both through spreading on a world map (to acquire land and resources) and spreading on the market of visionary thinking (to acquire action possibilities and technologies). The vision market consists of cards ideas from the evolution of humans that you invest in. The game is driven by events that takes place at set times in history and after a certain number of events, or when someone lands on the Moon if that occurs sooner, the game ends. The winner is calculated based on your progression.