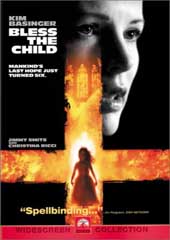 When Maggie (Kim Basinger of L.A. Confidential and Batman) comes home to her apartment building one night, she discovers her estranged, drug-addict sister Jenna huddling in the doorway.

Jenna promptly abandons her newborn baby with Maggie, who proceeds to raise the child as her own, despite evidence of autism. But as the little girl, Cody, gets older, what seemed to be autism starts to manifest itself in more startling ways. At the same time, a series of child murders are sweeping the city–murders conducted by a mysterious cult with supernatural matters on their mind.