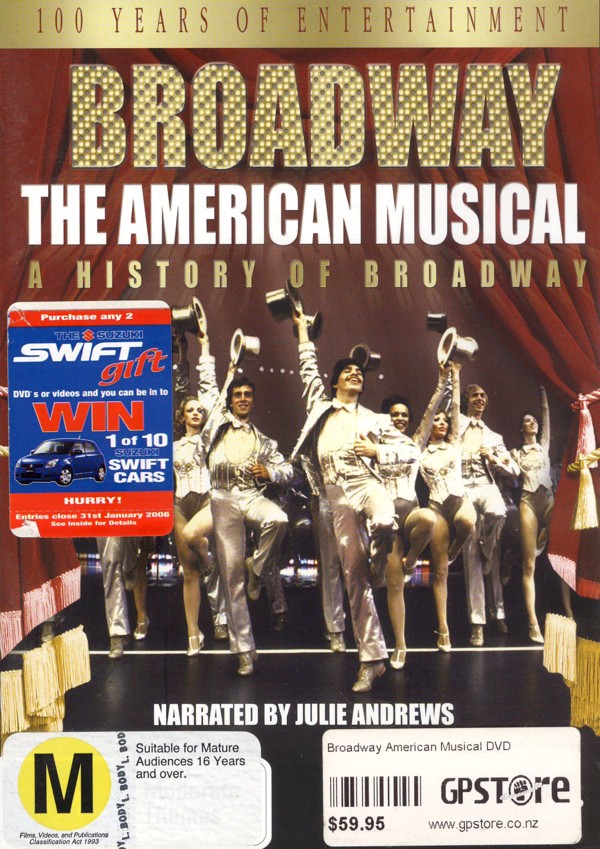 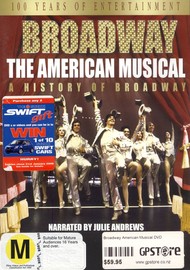 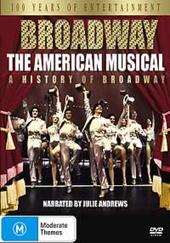 A good documentary giving background of the American Theatre district in New York. It is specific to theatre and the vaudeville (not the movies) performers and musicians (think Irving Berlin, Al Jolson and Carol Channing). Dialog is by Julie Andrews so it is good quality.

Julie Andrews. "Broadway" tells two stories: the 100-year history of musical theatre, and the story of its relationship to 20th-century American life, from the immigrant experience at the turn of the century to today's Broadway, where big budget new productions and revivals of classic favourites compete side by side for box office success.

"Like its fellow PBS series Ken Burns' Jazz, Broadway: The American Musical is an ambitious and absorbing exploration of a unique American art form that has always been best experienced in live performance. Hosted and narrated by Julie Andrews, the six-part, six-hour documentary traces the history of musical theater from its roots in vaudeville, operetta, and minstrel shows, to the dawn of what would become the modern American musical, Show Boat, and on through many changes that seemed to reflect those in American culture itself. Significant creators discussed include Florenz Ziegfeld, George Gershwin, Rodgers and Hammerstein, Stephen Sondheim, Bob Fosse, and David Merrick, and notable shows (Oklahoma!, My Fair Lady, West Side Story, Company, Cats, and recent hit Wicked, among others) are analyzed through performance clips and interviews with songwriters, stars, directors, producers, critics, and historians.
The series' most obvious weakness is its use of only brief excerpts of the performances--no song is heard in full. The sheer scope of the series no doubt played a part in that, as well as complicated rights issues, but the core problem is that musical theater has always been a live medium, rarely documented and even more rarely released to the general public. The documentary's producers make do with audio recordings, still photographs, and bits of footage, often in grainy black and white. Thankfully, they resist over-relying on feature-film musicals--which look much better and are sometimes excellent (but more often mediocre) translations--and when used such footage is clearly identified..."--David Horiuchi
Release date Australia
October 21st, 2005
Movie Format
DVD Region
Edition
Aspect Ratio
Language
English
Length (Minutes)
342
Stars
Studio
Roadshow
Subtitles
English
Supported Audio
Genre
Original Release Year
2004
Box Dimensions (mm)
135x190x14
UPC
9398710499896
Product ID
1475656