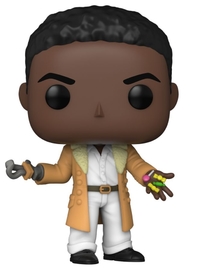 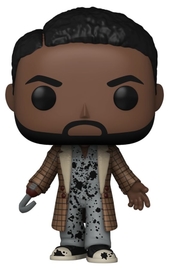 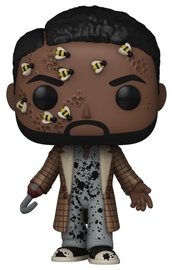 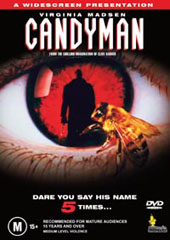 Unavailable
Sorry, this product is not currently available to order
From the chilling imagination of CLIVE BARKER From the mind of master horror maker CLIVE BARKER (Hellraiser) comes a new nightmareâ€¦. Virginia Madsen (The Haunting) takes on the terror as myth meets monstrous reality in this critically acclaimed chiller. Bred from legend and born of blood, the hook-handed demon (Tony Todd â€“ The Rock) has travelled the centuries in search of his ultimate victim. Now Helen Lyle has broken the myth. She has spoken the name five times. And in a terrifying void between reason and insanity, the horror is about to begin. CANDYMAN. Say it five times and pray... "What I liked was a horror movie that was scaring me with ideas and gore, instead of simply with gore." -- ROBERT EBERT. "The Scariest film since "The Silence of the Lambs" -- TONY TIMONE, FANGORIA Special Features:
Release date Australia
January 1st, 2000
Movie Format
DVD Region
Edition
Brand
Aspect Ratio
Director
Bernard Rose
Language
English
Length (Minutes)
95
Stars
Studio
Vendetta
Subtitles
None
Supported Audio
Genre
Original Release Year
1992
Product ID
1459968