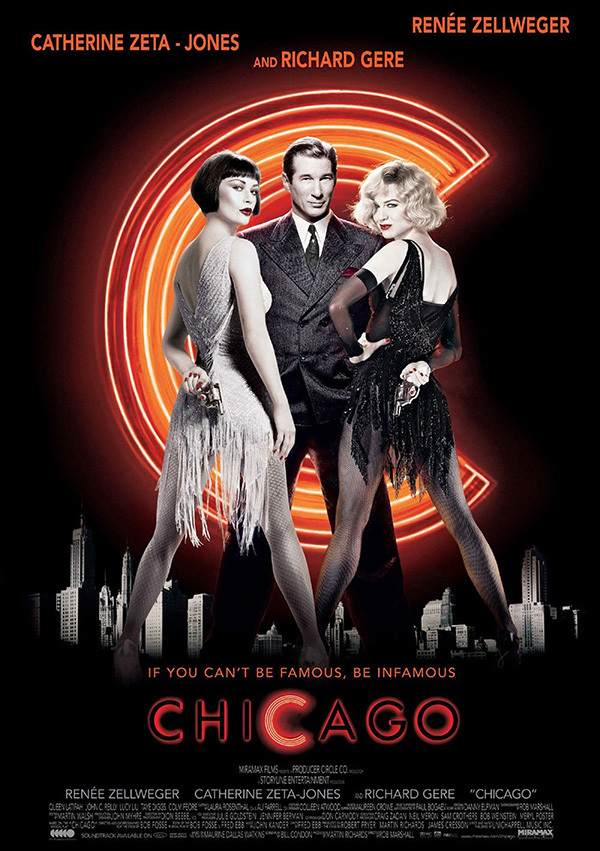 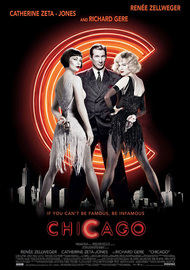 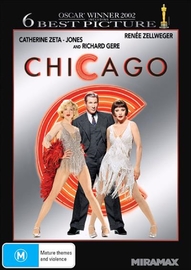 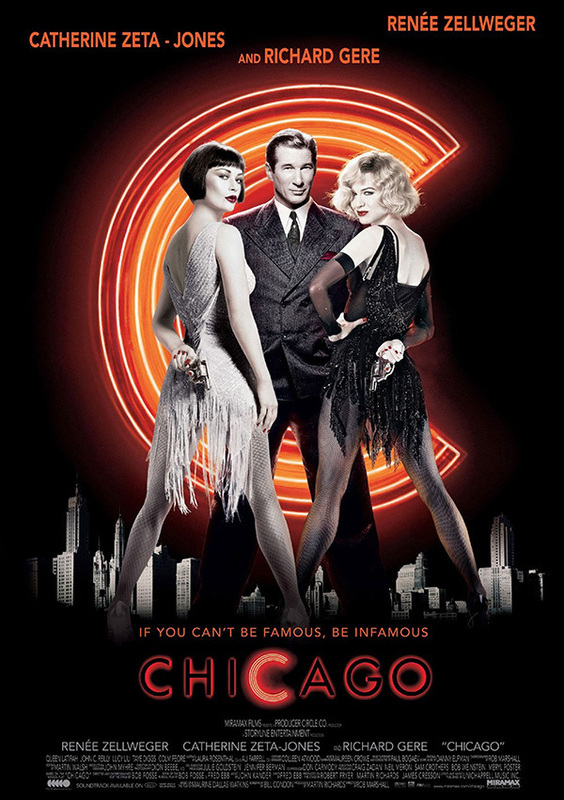 Nightclub sensation Velma (Catherine Zeta-Jones) murders her philandering husband, and Chicago's slickest lawyer, Billy Flynn (Richard Gere), is set to defend her. But when Roxie (Renée Zellweger) also winds up in prison, Billy takes on her case as well – turning her into a media circus of headlines. Neither woman will be outdone in their fight against each other and the public for fame and celebrity.