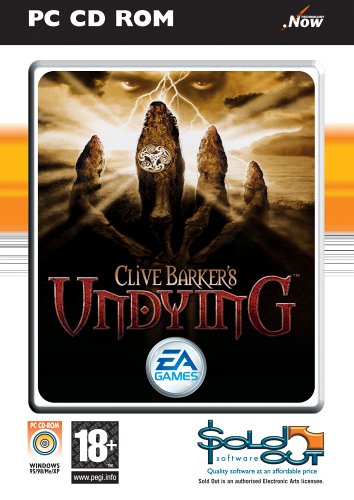 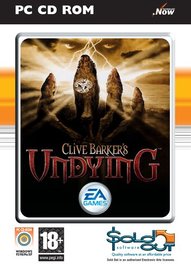 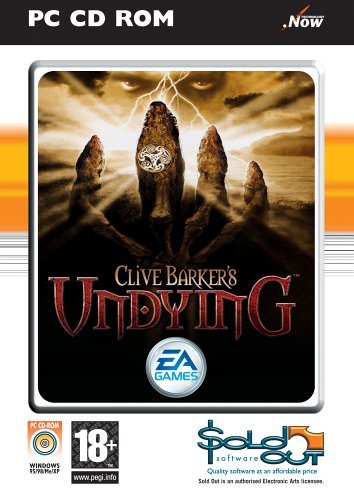 When ever friends and I talk about what is the best game, we always have this in the top 5. It has such a good story line for an old school FPS I would recomend to anyone.

1 out of 1 people found this review helpful.
Updated to run under Windows XP/Vista.

Review
"Occasionally you get to play the sort of game that makes you realize how long it's been since the last time you experienced anything quite so good. Inspired by the work of a noted horror-fiction author, Clive Barker's Undying is a horror-themed first-person shooter--a straightforward-enough concept, and yet one that's never been executed as well as it was in id Software's revolutionary 1993 shooter, Doom. It's true that Undying doesn't ship with the one feature that gave Doom its longevity--a multiplayer mode--but Undying does manage to evoke much of Doom's suspense and high intensity. That's because Undying has superb graphics, truly impressive sound effects, and fast-paced, enjoyable action sequences. The entire game is very atmospheric and a lot of fun to play." www.gamespot.com -- 9.1/10

Set in Ireland of the 1920’s, players take on the role of Magnus, who has been summoned to an ancestral estate by its lone descendent Jeremiah. Death has claimed his four siblings, each who have reanimated intent on slaying their living brother, the last of the family, so as to free the Curse of the Undying King.

In order to save his friend and unravel the curse that has befallen Jeremiah’s family, Magnus must embark on five perilous quests before he can unearth the final horror of the estate.

Each quest brings Magnus face-to-face with one of Jeremiah’s undead siblings and the strange and wicked creatures the curse has attracted. In addition, Magnus must triumph over his reviled competitor Kiesinger. If there is power to be had by unearthing the mystery of the estate then Kiesinger will try and steal it - and there is much power to be had. It’s up to Magnus to defeat each of Jeremiah’s siblings and vanquish Kiesinger in order to quell the Undying King.

Clive Barker’s: Undying marks the first interactive project from the famed British author, illustrator, director and playwright. Considered by many to be one of the best storytellers of our times, ideas sprung from Barker’s imagination often embrace horrific themes. Barker has published eight novels, his most recent the acclaimed Galilee and nine anthologies including The Book of Blood series. Barker has also served as screenwriter, director, executive producer and/or actor on 15 motion pictures including the Academy-Award winning “Gods and Monsters,” and the seminal “Hellraiser,” which he directed and adapted from his own story “The Hellbound Heart.”

Clive Barker’s Undying will have a similar horrific ambiance consistently found in all his works. The situations and creatures encountered in Undying will be creatively deadly and demand
players use their wits and caution, as well as imaginative weapons and spells.