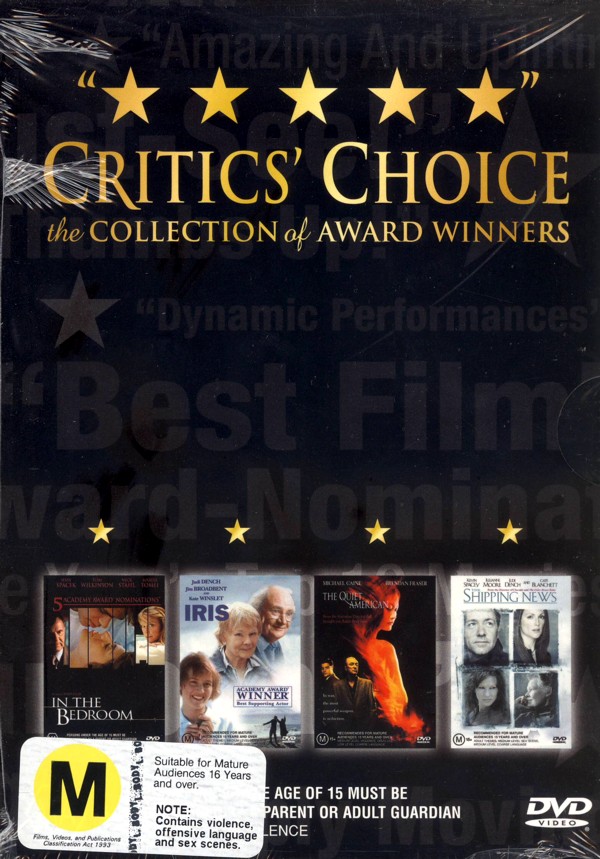 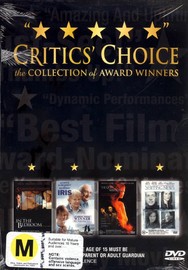 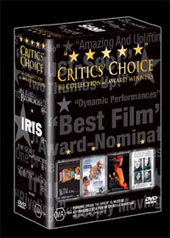 Due to COVID-19, we're unable to accept new orders at this time. Learn more...
A collection of award winning motion pictues from around the globe. Award winning movies based on contemporary literary works. A showcase of excellence in direction, production, writing, acting and screen play. Contains the following movies... In The Bedroom Summer time on the coast of Maine. In The Bedroom centres on the inner dynamics of a family in transition. Matt Fowler (Tom Wilkinson) is a doctor practising in his native Maine and is married to New York born Ruth Fowler (Sissy Spacek), a choral music teacher. Their only child, Frank (Nick Stahl), has become involved in a love affair with a local single mother (Marisa Tomei). As the beauty of this brief and fleeting summer comes to an end, these characters find themselves in the midst of unimaginable tragedy. Todd Field's directorial debut is a haunting, powerful exploration of a family falling apart, showcasing brilliant performances by Wilkinson and Spacek in particular.(more) Iris Adapted from John Bayley's memoir, Richard Eyre's film explores the remarkable relationship between Bayley and Iris Murdoch down through the years. Kate Winslet and Hugh Bonneville play the couple in their youth when they first meet in Oxford, while Judi Dench and Jim Broadbent assume the roles in their later life. When Murdoch tragically develops Alzheimers, Bayley can only witness the degeneration of her brilliant mind and try to care for her as best he can. Beautifully acted, Iris is both a fitting tribute to a great writer and a moving love story.(more) The Quiet American Based on the novel by Graham Greene, this story of love and war is set in Saigon, 1952. Thomas Fowler, a journalist for the Times enjoys his life in Vietnam living with a beautiful local woman called Phuong. Fowler's peace is shattered with the arrival of Alden Pyle, a doctor who also falls in love with Phuong.(more) The Shipping News Academy Award®-winning stars Kevin Spacey (American Beauty, Best Actor, 1999) and Judi Dench (Shakespeare In Love, Best Supporting Actress, 1998) join talents with Julianne Moore (Hannibal) and Cate Blanchett (The Lord Of The Rings) in this deeply moving motion picture from the director of Chocolat and The Cider House Rules! After tragedy strikes, Quoyle (Spacey) moves with his daughter from upstate New York to his ancestral home in a small Newfoundland fishing village. With a job at the local newspaper and a developing romance with a woman (Moore) who lives with her own demons Quoyle is transformed by this place of magic, beauty and hardship. In a compelling story based on the Pulitzer Prize-winning novel, Quoyle's past melds with his present in an inspirational journey of self-discovery and second chances.(more)
Release date Australia
November 6th, 2003
Movie Format
DVD Region
Edition
Language
English
Studio
Buena Vista
Supported Audio
Genre
UPC
9398519180032
Product ID
1461112