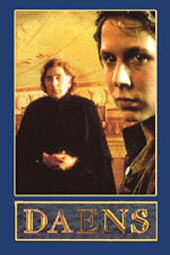 In the 1890's Father Adolph Daens goes to Aalst, where poverty is rife and the Catholic Church is behind the rich in oppressing workers. He writes for the Catholic paper in support of the workers and is expelled from the Catholic Party. He starts the Christian Democrats and is elected to Parliament. He must then choose between politics and religion.

"None of us has seen the unspeakable poverty of Europe's 19th century industrial cities and the abject misery of those who worked the treadmills for a pittance.

Daens portrays this through the expertise of a director who knows precisely how to take a subject captured on canvas and give it life, movement and meaning on a cinema screen. It is a masterpiece." -Matt White, The Daily Telegraph Mirror.