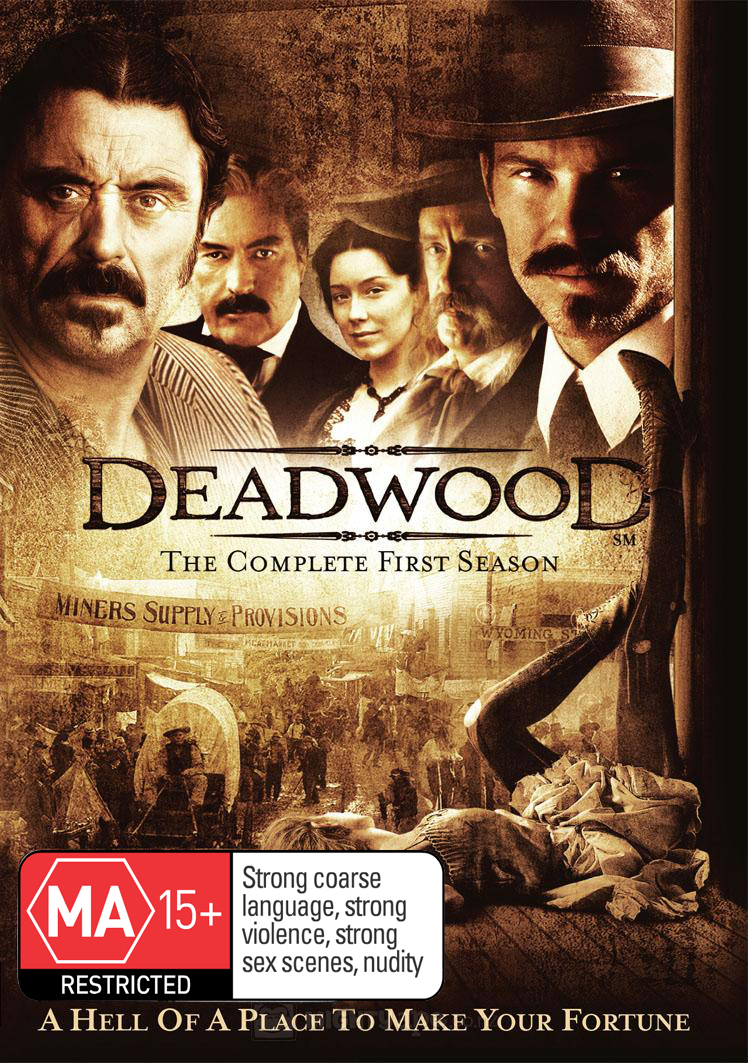 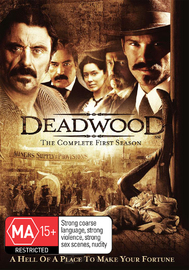 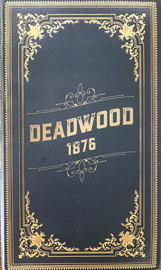 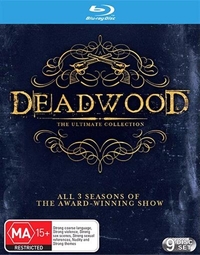 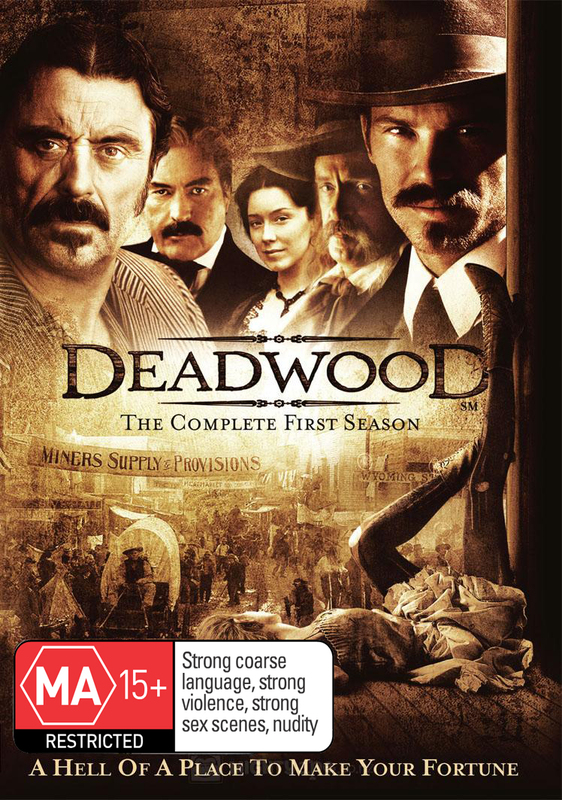 I had seen all three seasons on TV but had to buy all three seasons on DVD also, fantastic scripts, brilliant acting, authentic and very historically close to the facts. 1877, Dakota Territory, the spread of the United Sates Government throughout the territories is played out and the struggles of the inhabitants of Deadwood camp. From the gold prospectors toiling in the creeks and streams to those trying to fleece them of their hard won gains. Gritty, brutally frank language and almost Shakespearian banter bring this production up above anything you will have experienced before or sine on television, Starring Ian McShane, Timothy Olyphant, Powers Boothe, Brian Cox and many other outstanding talents and brought to us by HBO (Band of Brothers, Sopranos, The Wire, Boardwalk Empire) if you are not offended by bad language this is a must have for any fan of great historical drama.

Great script-craft, great character development and gritty characters. Loved it! Why can’t all TV be this good-

Took a while to sort out the characters and relationships. Many plots, twists and turns

In an age of plunder and greed, the richest gold strike in American History draws a throng of restless misfits to an outlaw settlement where everything – and everyone – has a price.

Welcome to Deadwood…a hell of a place to make your fortune.

From Executive Producer David Milch (“NYPD Blue”) comes DEADWOOD, a new drama series that focuses on the birth of an American frontier town and the ruthless power struggle that exists in its lawless boundaries.

The story begins two weeks after Custer's defeat at Little Big Horn, combining fictional and real-life characters and events in an epic morality tale. Located in the Black Hills Indian Cession, the “town” of Deadwood is an illegal settlement, a violent and uncivilized outpost that attracts a colorful array of characters looking to get rich – from outlaws and entrepreneurs to ex-soldiers and racketeers, Chinese laborers, prostitutes, city dudes and gunfighters.

Episodes:
Deadwood
Deep Water
Reconnoitering the Rim
Here Was a Man
The Trial of Jack McCall
Plague
Bullock Returns to the Camp
Suffer the Little Children
No Other Sons or Daughters
Mr. Wu
Jewel's Boot Is Made for Walking
Sold Under Sin