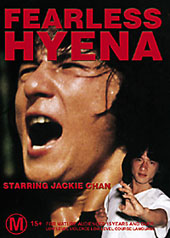 A Martial Arts expert's Gran­dfather flees in terror from the evil Ching Dynasty. When the old man is killed before his eyes, the expert vows revenge.

Jackie Chan, the kung fu student, trains in martial arts under Master Chen. The training is brutel, but Jackie is forbidden to fight by his Grandfather who fears he may become a target of the evil Ching Dynasty, but when his Grandfather is murdered Jackie becomes invincible and masters the devastating art of “DEATH BLOWS”. he must sharpen his kung fu skills if he is to take on the best fighters of the dynasty.