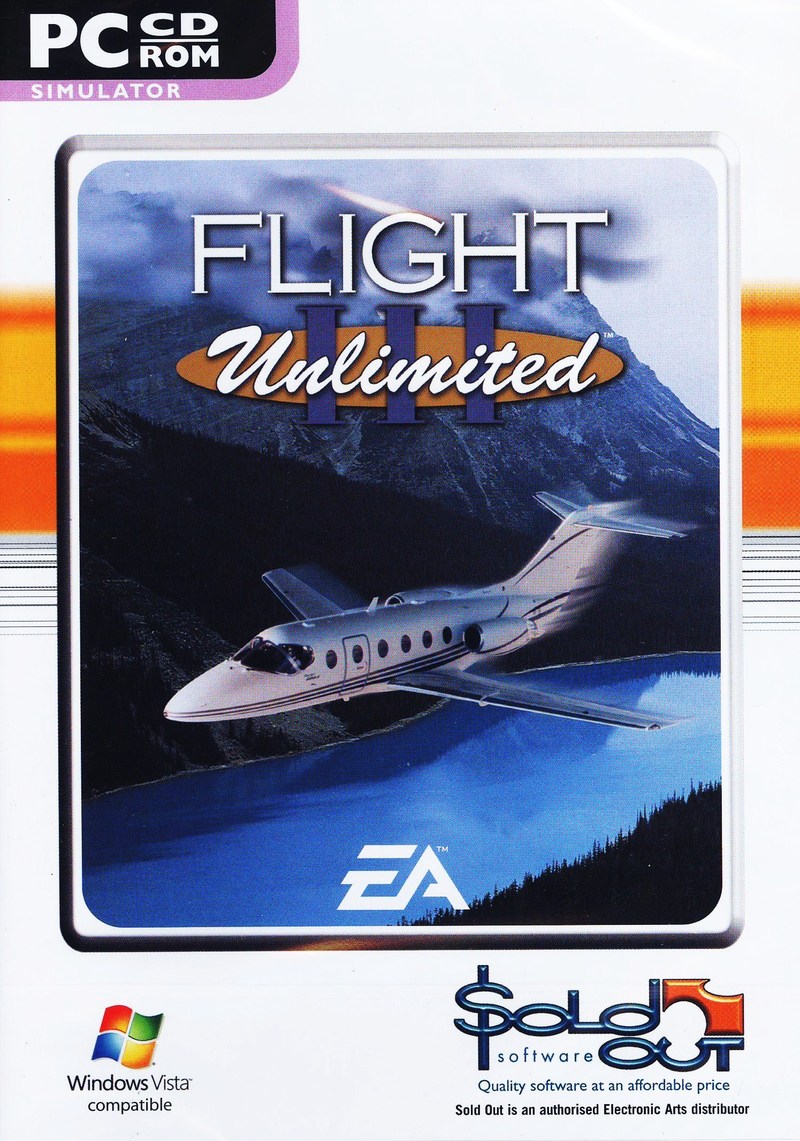 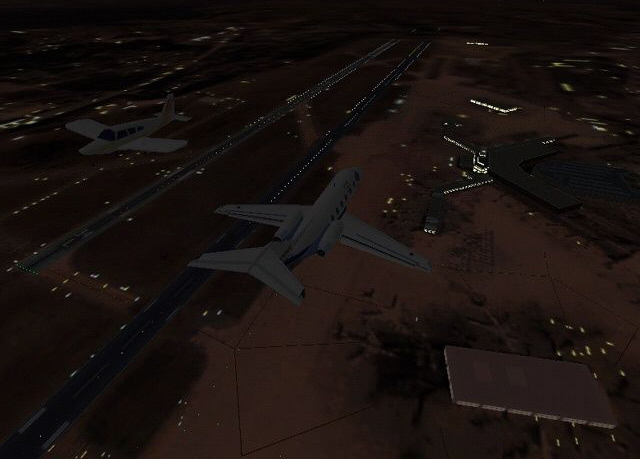 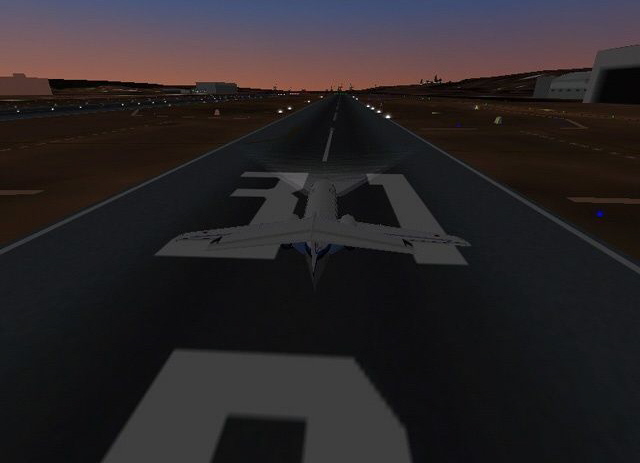 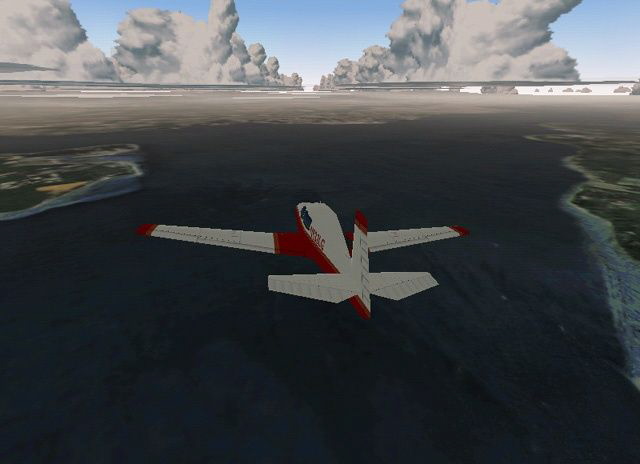 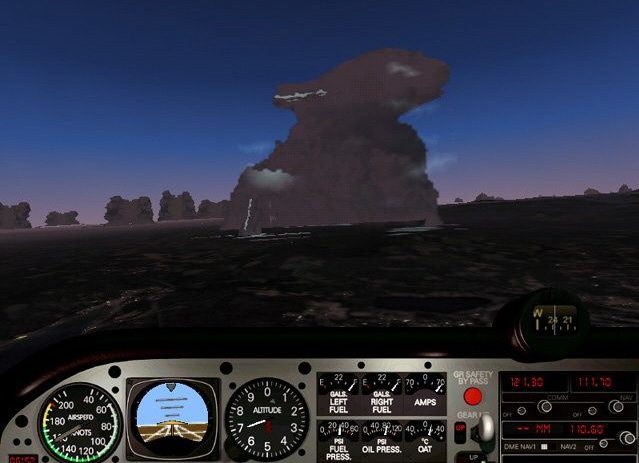 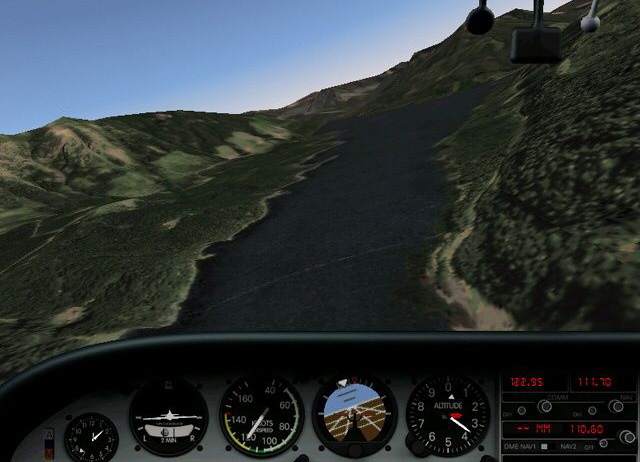 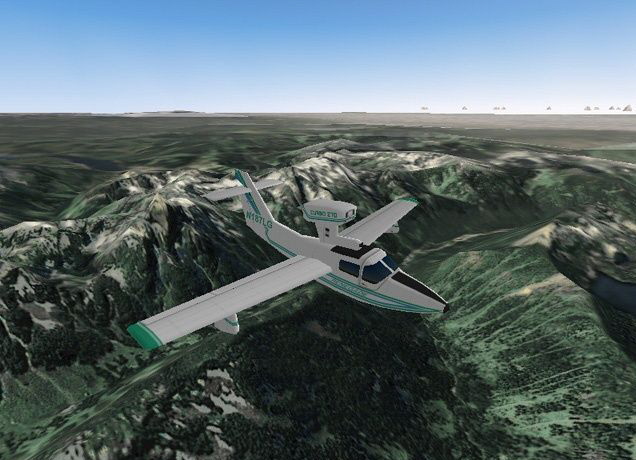 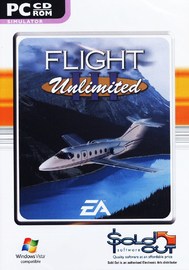 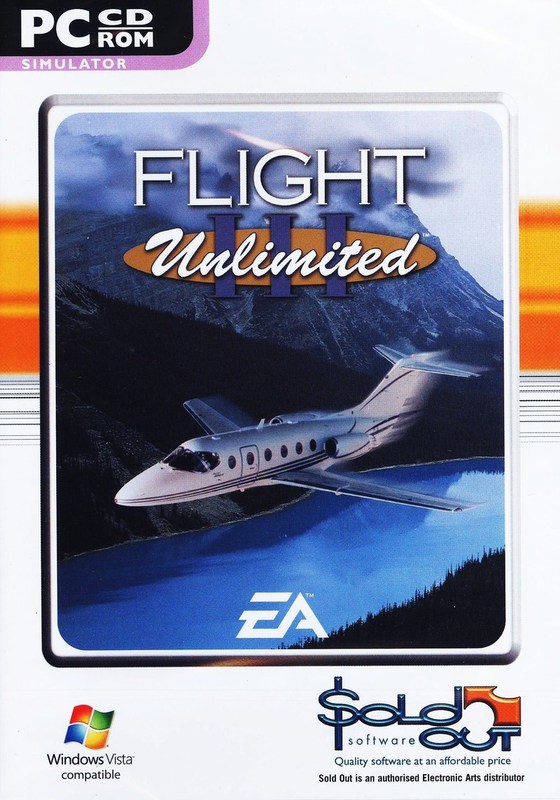 Flight Unlimited III represents an outstanding combination of excellent value and realistic true to life flight simulation. There are few simulations on the market that combine a realistic flight model with good external graphics, accurate local airports and features, authentic radio communications, and a great price. The overall impression is arriving at an airport in Washington State to "go fly” and you go out and really experience flight in all it's glory. This is very much a civil aviation game, but is particularly well suited to those wanting to try their hand at flying an aircraft themselves, whether in real life, or in the virtual universe. The start menu has a distinct appeal and is easy to use and visually appealing. Flying in this game is very much like flying in the real world. You select your airport and your aircraft from a simple graphic interface, and from there enter into the game. The aircraft look and behave like the real thing, and the interior detail is quite excellent, down to rivets on the dash and canopy. The physics engine is quite realistic with flight performance as one would expect on the aircraft concerned, from takeoff speeds, to the "mushiness” experienced in slow flight, even to the damage of wing surfaces at high speeds or the breaking up of the aircraft that exceed the VNE (Never Exceed Speed). It is interesting to observe the realism in this game, when you lose a tail due to excessive speed. The body and tail will even spiral to the ground (from a great height), and bounce in various directions with further damage on impact. You can experience "flare out” on a jet engine when engaging in rapid changes of direction – as in real jet turbine aircraft. You can then engage in an emergency descent, making a Mayday call on the way, while doing a mid-air restart. This kind of realism makes the game attractive to anyone flying real aircraft or wanting to experience flight in real aircraft. The aircraft perform as you would expect in real life. The start-up procedure is very similar to the real aircraft, with realistic flight controls and – this is good – all switches working on the panel, with the possible exception of the air-con controls which are irrelevant anyway unless your computer is linked to a fan!! A simple ‘E’ to start the engine makes it easy for even a beginner to use however. Instruments behave as you would expect from T's & P's (temperatures & pressures) coming up after engine start, to altitude and airspeed. Even advanced navigation instruments like the VOR perform well, and the tutorial for IFR (Instrument) approach with NDB (Non Directional Beacon) and VOR is outstanding, being comparable to a real briefing with a real instructor, but without the several hundred dollars an hour bill. For those learning to fly real aircraft, the radio communications on FU3 are some of the most seamless I have seen. From engine start, the tower starts to dialog with the pilot, checking the ATIS (Air Traffic Information System), getting clearance from ground for taxiing, and getting final clearance for takeoff from the tower. It is all good practice and complies with standard international radio comms protocols. And all this from hitting the space-bar? It's pretty easy, and that's important when you're trying to fly a plane – even in a game! The ease-of-use of the radio, and other equipment like flaps and undercarriage is important in getting the benefit of the game. The beauty of this game is that it suits both the novice and the experienced air enthusiast. Whether the user wants to "just fly around”, try to land on mountain tops, or practice instrument approaches at night in the rain, this game is the trick. I found Flight Unlimited 3 to be well named. It seems to have a handle on an unlimited amount of fun and a wide range of flying experiences. It is truly immersive, making you feel like "you are there”. I have flown real aircraft in Seattle, and I was impressed by the trip down memory lane I enjoyed in this game. While the graphics may be a little chunky by modern standards, the overall realism of this game makes it my number one choice for a good value civil aviation simulator. While it has only limited coverage of one corner of the USA, this corner is surprisingly well rendered with realistic mountains, rivers, city and waterways, all in enough detail to provide "aerial” realism. Sure you can't see individual houses, but streets, motorways, and general urban areas, or forested areas are clearly visible and look quite similar to terrain from 2000 feet. I was quite impressed to be able to recognise my old school and the local shopping area on Mercer Island, so the mapping is taken from real life imagery. For reference Flight Unlimited II features the San Francisco Bay area. The airports are similar to the real thing, although have fairly sparse buildings. Mountain areas and waterways are rendered remarkably well, and have a good level of detail including valleys, rivers, and snow. The weather conditions in Flight Unlimited III are wide and varied, with excellent rendering of snow, sleet, rain, sunshine, fog, day, night, dusk, and of course wind. These can all be set at the start menu, and even thunderstorms can be setup, with the characteristic "anvil” type clouds and dangerous wind conditions. On some of these settings the game falls short with clouds looking particularly chunky, but this is a minor effect when in the context of a game. The end result of all this, is you can go out for a great day (or night) of flying, really explore the local area, land at some other airports, and come back having gained a few more hours experience in your logbook, and all without leaving home!! For the price, this is the best little civil aviation package I have seen.

2 out of 3 people found this review helpful.
Updated to run under Windows XP/Vista.

Flight Unlimited III lets would-be pilots experience the satisfaction of flying ten aircraft, from the Piper Arrow and Muskrat Seaplane to the P-51 Mustang and the Folker DR1 Tri-Plane, within an incredibly realistic environment.

Test those skills to the limit from take off to landing. All the sights, sounds, and sensations of modern civil aviation are yours in Flight Unlimited III. A strong focus on realism sets Flight Unlimited III apart from run-of-the-mill flight simulators.