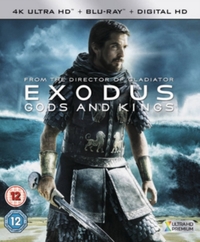 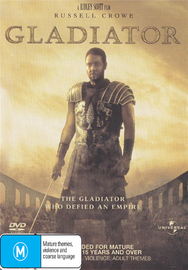 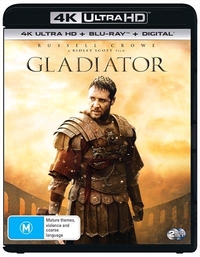 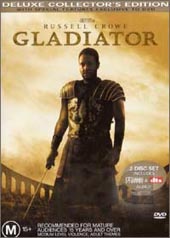 The great Roman General Maximus, fresh from victory on the battlefield, dreams of home. When the dying Emperor Marcus Aurelius asks Maximus to assume the mantle of his power, the jealous emperor's son, Commodus, orders the general's execution and that of his family.

Barely escaping death, Maximus is forced into slavery and trained as a gladiator in the arena where his fame grows. Now he has come to Rome, intent on avenging the murder of his wife and son by killing the new emperor Commodus.