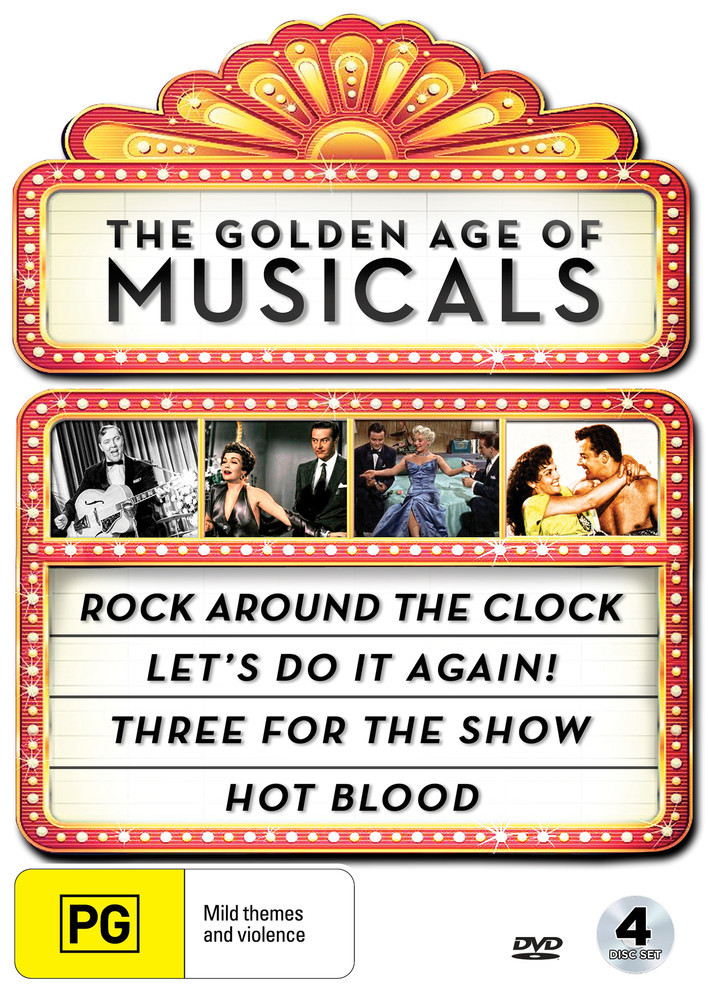 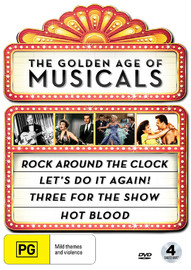 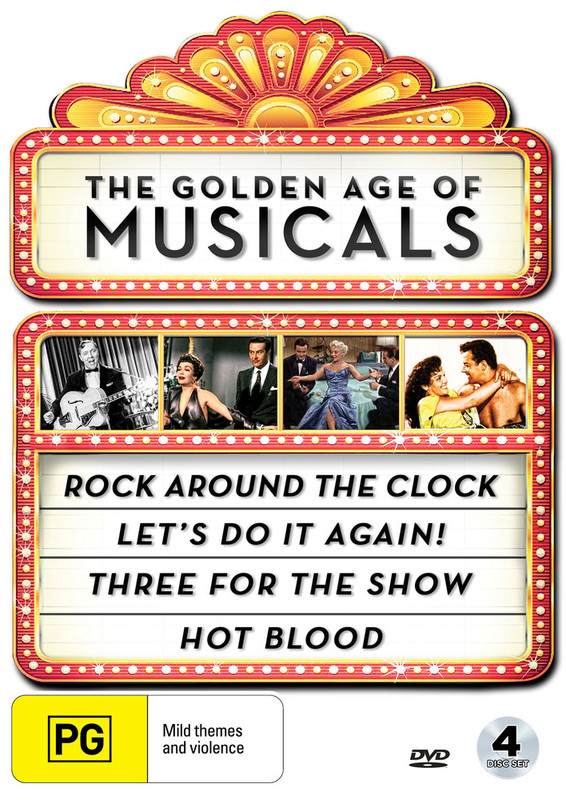 Rock Around The Clock (1958) – Rock Around The Clock, is a title based on Bill Haley & His Comets' enormous hit from 1954. In this film, also produced by Sam Katzman and directed by Fred Sears, Haley and friends get to demo their singing chops, singing a string of hits, including the title song.

Hot Blood (1955) – To support her family in their cross-country travels, Annie Caldash (Jane Russell) arranges to marry wealthy gypsies before absconding with their money and moving on to the next town. Newly remastered.

Three for the Show (1955) – Jack Lemmon and Betty Grable are paired in this musical re-make of Too Many Husbands which infuses the original story of a marital mix-up with the backstage action of a musical-comedy. Newly remastered.

Let's Do It Again (1953) – This musical remake of The Awful Truth is from veteran screwball director Alexander Hall and starring Ray Milland and Jane Wyman. Newly remastered.