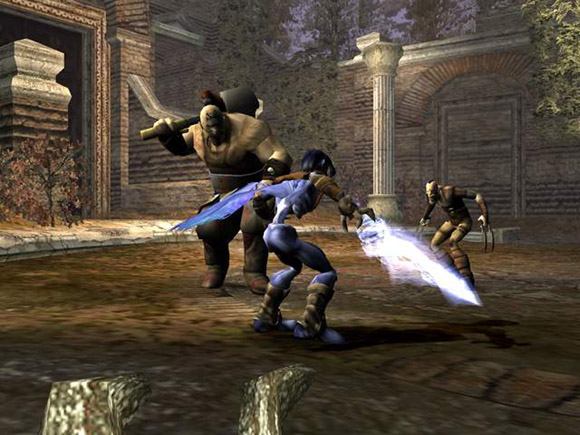 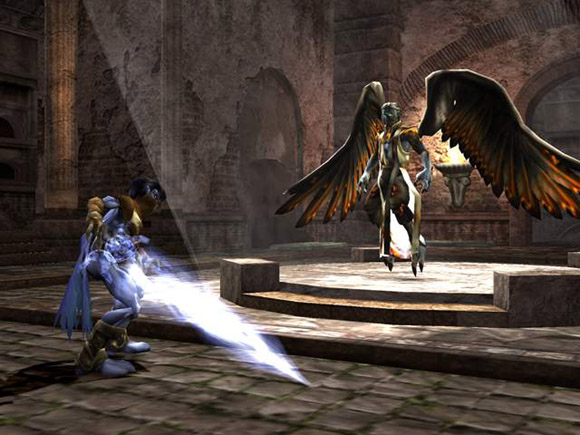 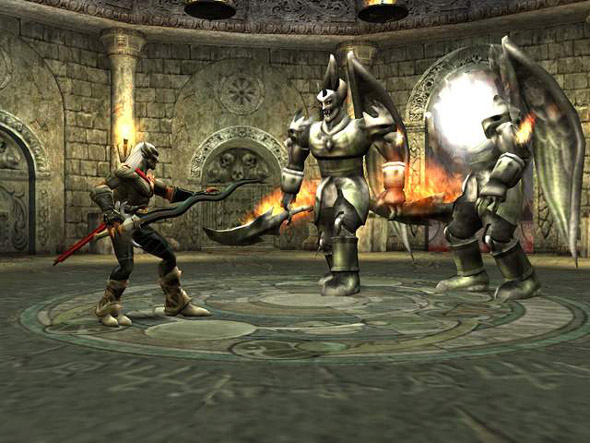 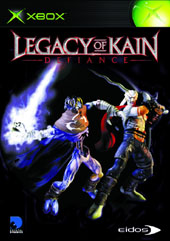 The fifth in the series, Defiance has followed the last three title near exactly the same as far as gameplay. This time around you get to play both Raziel and Kain as they seek answers long sought throughout the series. I was left with the feeling that little has changed, the exception being the one annoyance that started with Soul Reaver 2, the terrible camera angles, they have gotten worse

If you're a fan of the series, this will complete the set… other than that I found it to be quite a yawn.

The next chapter in the epic Legacy of Kain series is a cutting-edge action/adventure game featuring more action then ever before. Take control of two powerful and highly evolved vampires: Kain, an all-powerful demigod, and Raziel, a demonic angel of death. Each equipped with a legendary sword, Kain & Raziel must battle through a world loaded with conflict and intrigue as they attempt to unravel their destinies and defeat the dark forces that seek to condemn their world to eternal damnation.