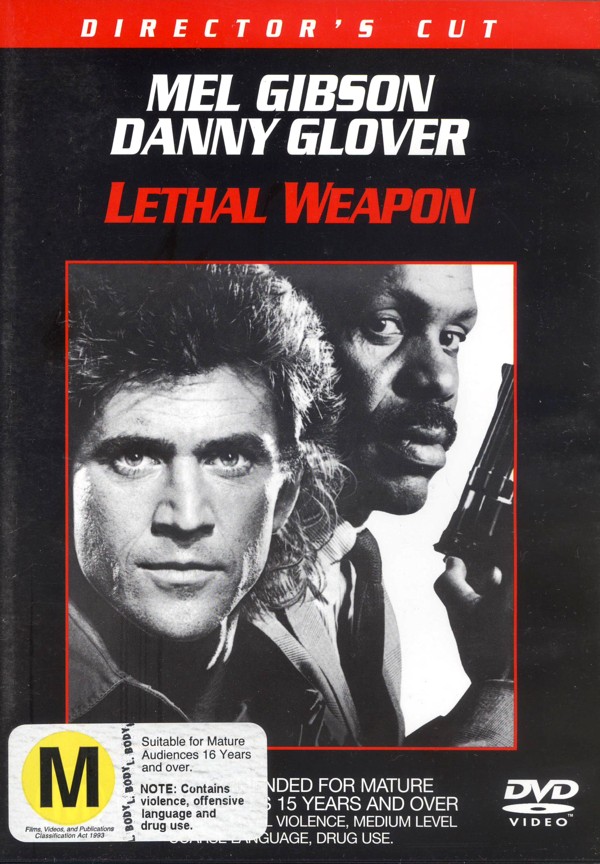 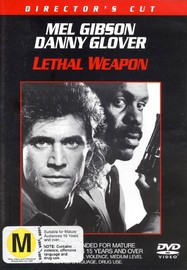 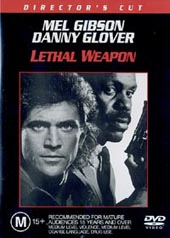 Two Cops. Glover carries a weapon..... Gibson is one. He's the only L.A cop registered as a Lethal Weapon!

With over seven minutes of previously unavailable scenes, the director's cut of Lethal Weapon is a long-overdue present for fans. Riggs solitary homelife and the tragic loss spurring him to a reckless disregard for his own safety now come into greater focus. We see that recklessness in new scenes underlining the differences between the two cops. Murtaugh, just 50, needs reassurance about his skills at a firing range. Riggs, not caring if he sees another birthday, cooly walks into a schoolyard sniper's field of fire. All the humour and adrenaline that made this original an entertainment milestone are here too.

No scenes have been removed, but new action and new insight are now included. Include yourself in the excitement.