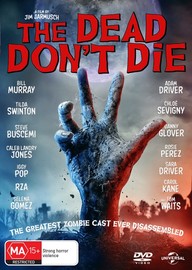 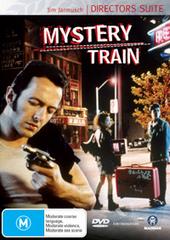 A Japanese couple arrive on a pilgrimage to Elvis' hometown of Memphis, an Italian woman accompanying her dead husband receives messages from the King, while an ex-pat Englishman loses his job and his wife in the same day. One night in Memphis, the heart and soul of America, these three sets of parallel lives intersect at the seedy Arcade hotel manned by the legendary Screamin' Jay Hawkins. Taking its title from one of Elvis' own tunes, Mystery Train exemplifies director Jim Jarmusch's ob­session with American popular culture and music. Starring, among others, The Clash's Joe Strummer, Life is Beautiful's Ni­coletta Braschi and Reservoir Dogs' Steve Buscemi. DVD Features * Original Theatrical Trailer