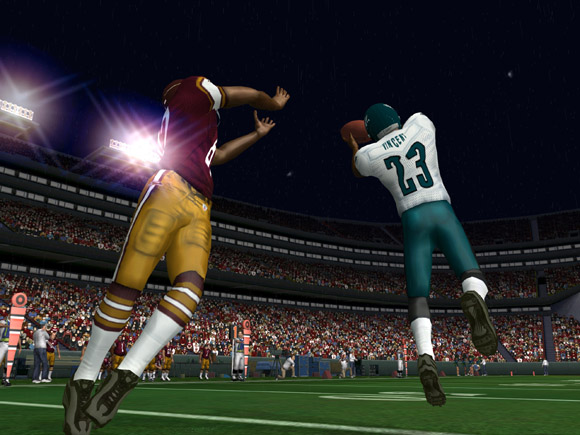 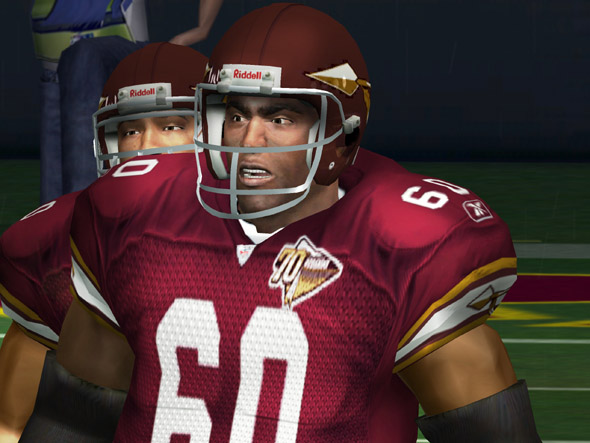 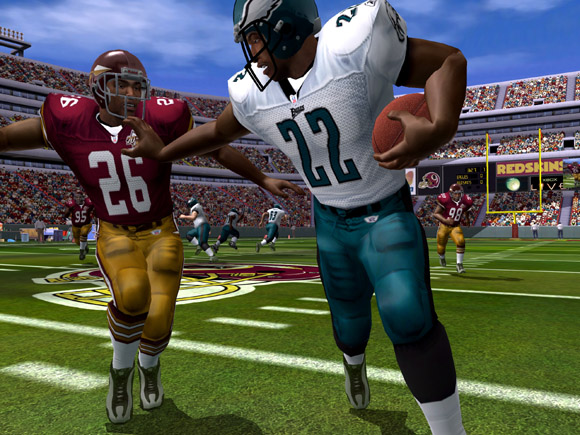 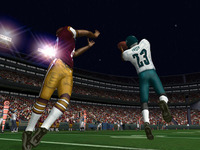 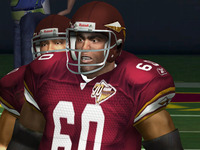 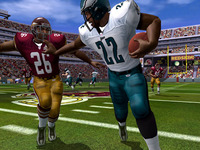 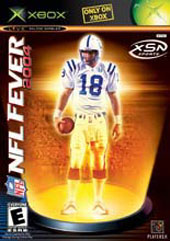 Show Hide Adult Content
Unavailable
Sorry, this product is not currently available to order
“NFL Fever” is back and better than ever. The third installment of Microsoft Game Studios’ exclusive football title for Xbox, “NFL Fever 2004,” redefines the console football gaming experience. Gamers will be impressed with the features of this latest version of “NFL Fever,” with revamped artificial intelligence (AI) including significant offensive and defensive adjustments, animated NFL coaches roaming the sidelines offering situational analysis, a brand-new offensive playbook, totally reworked stadium models and “Read and Lead” advanced passing. From traditional, single and multiplayer gaming to league and tournament play on Xbox Live, “NFL Fever 2004” is taking football gaming to the next level Features: * Defensive adjustments. Just like in the NFL, winning the battle is about dominating on the defensive side of the ball. “NFL Fever 2004” is in championship form this year with an improved secondary, including on-the-fly defensive adjustments and adaptive defensive players geared up to take away the deep pass. To mount a formidable offensive campaign, gamers will need serious passing skills and the ability to dominate the line of scrimmage * Getting back to the fundamentals. To win the ultimate prize, gamers must tackle and block with the best of them. “NFL Fever 2004” brings it hard with revised tackling and blocking systems, impressive animations and lots of increased action. * A new offensive coordinator. Offensive play-calling can make the difference between a contender and a champion. “NFL Fever 2004” makes it easy to dial up the best offensive plays with a new and more-intuitive play-calling interface. Other advancements on offense include trigger and “Read and Lead” passing, putting gamers right behind the center and allowing them to look off their receivers before going deep for six. * Xbox Live. “NFL Fever 2004” will team up once again with Xbox Live to offer football fans across the world the ultimate gridiron challenge. Building on its much-acclaimed online rookie season, the new version of “NFL Fever” will provide downloadable content, roster updates, updated player ratings, tournaments and an all-new “cheater beater,” destroying the hopes of less-honest opponents. * Head-to-head play. The four-controller multiplayer feature lets gamers who want to battle head to head earn bragging rights over their buddies. In addition, one-button control and variable game speed gives “NFL Fever 2004” gamers total user control, letting them play their own game just the way they like it. * A new head coach. For gamers who want more strategy on a championship run, “NFL Fever 2004” will introduce a new coach’s feature to elevate the game. There will be animated coaches on the sidelines and gamers should be on the lookout for situational advice from them. Coaches will analyze the game and provide insight that can make all the difference. * Strength and conditioning. During the offseason “NFL Fever 2004” fine-tuned its already tight and responsive controls to better deliver the intense, action-packed pace of NFL Football. With 5.1-channel Dolby Surround Sound, downloadable music tracks, and the best gameplay in the business, “NFL Fever 2004” is the team to beat this year. * Re-signing of Calabro and Pitts. Kevin Calabro and Ron Pitts return to “NFL Fever 2004” to deliver all the hard-hitting action with informative play-by-play and analysis. * Even more serious graphics. “NFL Fever 2004” sports a totally new look, from the flashy new user interface to detailed stadiums and players. “NFL Fever”’s already impressive player models now have truly lifelike proportions, subtle shading and real player faces.
Release date Australia
September 12th, 2003
Game Platform
Publisher
Microsoft
UPC
805529607798
Product ID
1460618