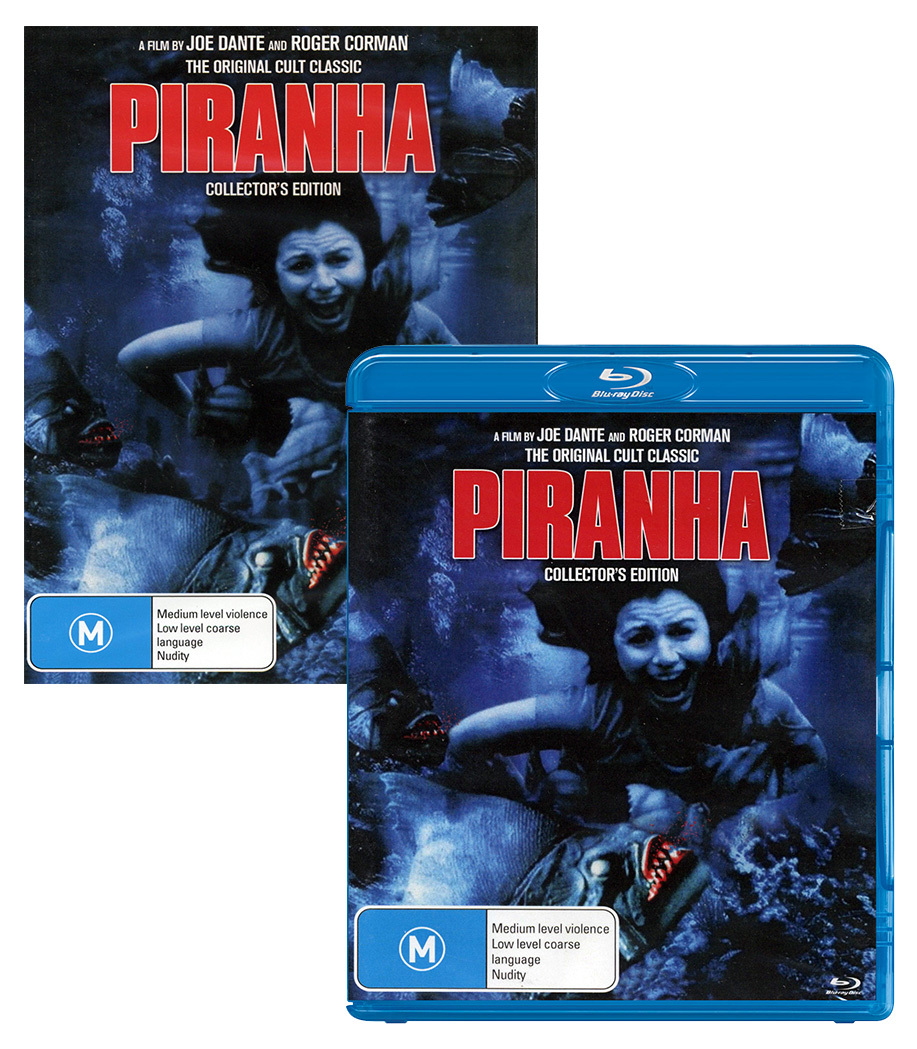 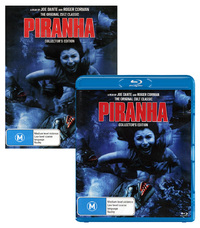 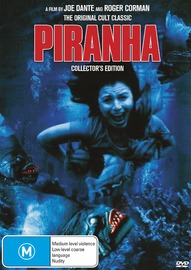 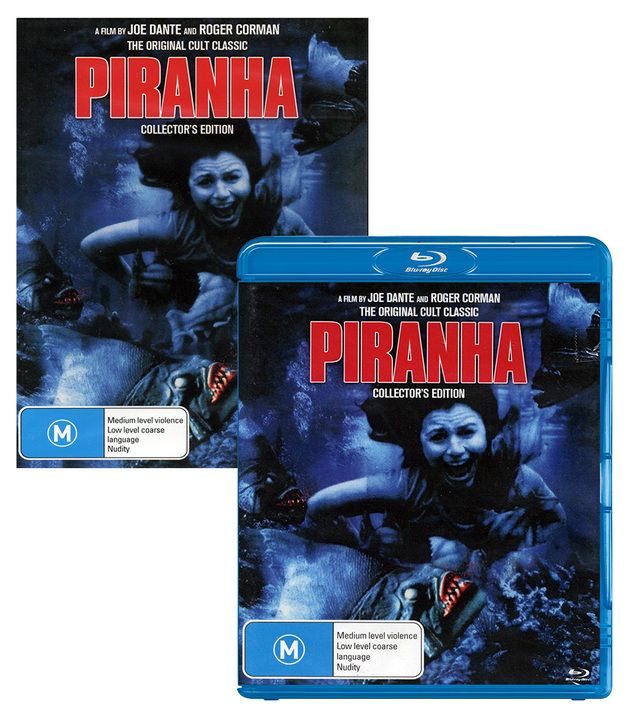 Scripted by John Sayles and directed by Joe Dante, this tongue-in-cheek thriller stars Bradford Dillman as an antisocial mountain man and Heather Menzies as a rookie detective who race a school of mutant piranha downriver. Dante and Sayles provide the requisite blood and gore for this drive-in meat market: a kids' summer camp and a waterfront amusement park await the little beasties.

Along the way, riverside retiree Keenan Wynn gets his ankles stripped clean, camp counselor Paul Bartel is chomped on the cheek, and hordes of unlucky bathers are caught in the centre of a feeding frenzy. What differentiates this little gem from the legion of similar knockoffs are the satirical swipes at military arrogance and crass commercialism, Dante's energetic enthusiasm, and the bursts of black humor PLUS the culty cast including Invasion of the Body Snatchers's Kevin McCarthy as the hysterical scientist guarding the creatures, horror diva Barbara Steele as a devious government researcher, and longtime Corman regular Dick Miller as an unscrupulous entrepreneur.