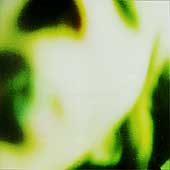 Billy Corgan probably never smashed a pumpkin in his life. He was too busy making fun of the macho oafs who fueled their teen angst with power chords and cheap beer. Corgan is much more the type to hide in his room and write sweet songs or bash out manic sludgefests with tricky titles. "Plume," being the perfect example, finds Corgan boasting "my boredom outshines the sun."

Boasting aside, Corgan's boredom is not contagious or completely self-serving. PISCES ISCARIOT is a collection of B-sides and rarities that, even more than GISH or SIAMESE DREAM, offers insight into the workings of one of alternative rock's most sought-after songwriters.

Corgan's introspective quiet side is exemplified by his cover of Fleetwood Mac's "Landslide" and the Corgan original "Soothe," which, in the spirit of lo-fi, he recorded in his apartment. The other side of the Smashing Pumpkins' sound is James Iha's driving guitar, a psychedelic sonic blast that is quickly distinguishable from the ranks of AOR and typical grungy alterna-rock. If you're a fan of the Smashing Pumpkins' sound, PISCES ISCARIOT will show you where it all came from.