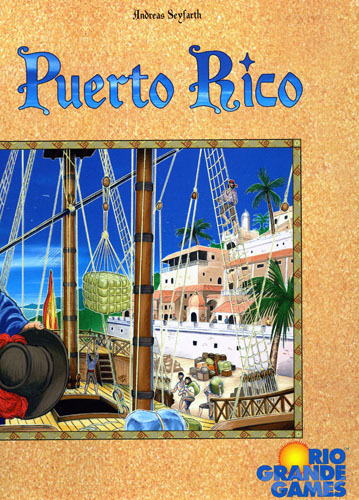 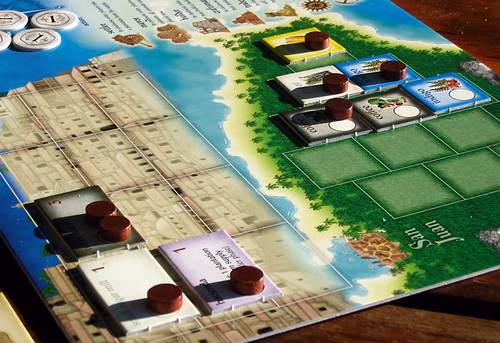 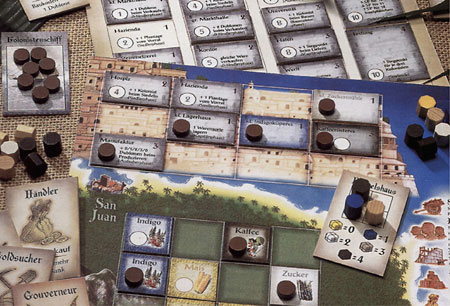 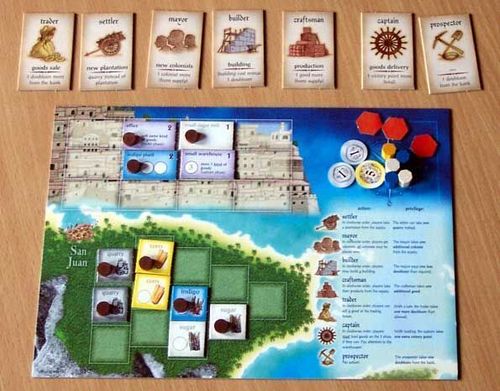 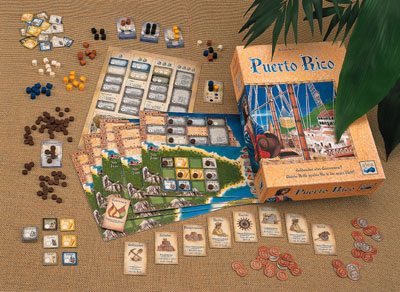 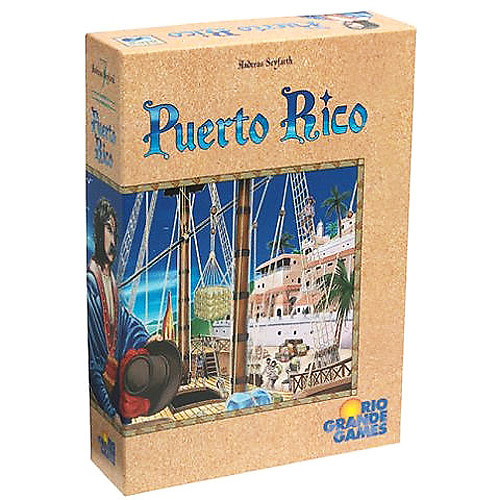 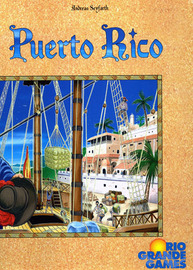 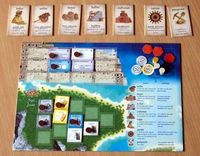 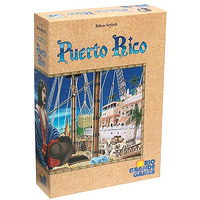 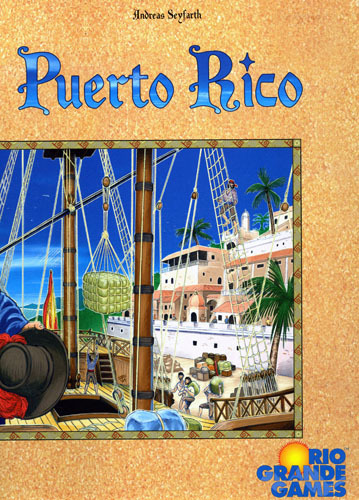 Bought the game and played for over 10× now. Game play is dynamic and challenging. Unlike the most other games, every move you make is critical! You will find it impossible to win with the same moves. The game keeps you mind busy trying to figure out your opponents moves. 5/5

Its easy to play. Hard to master. Love the expansions need to buy them for myself.

This game is very strategic and leaves little up to luck as far as board games go. Some of the rules are a bit confusing to understand when you first pick up the rule book, but it becomes clearer as you play the game. The contents are quality, and the concept is great, and it is a great addition to any gamer's cupboard.

The most critically acclaimed board game of the last twenty years, Puerto Rico continues to wow people with its brilliant mechanics. Each player utilizes different roles (Mayor, Captain, Settler, Trader, Prospector, Craftsman, or Builder) to score the most victory points with their colony. Players can act on every turn of the game, allowing them to choose between shipping goods for points or building an impressive city. Players must manage their colonists, erect a variety of buildings, build up their plantation, and sell or ship goods. With dozens of options, Puerto Rico is a streamlined game that can be played in 60–90 minutes and handles up to five players.

In 1493 Christopher Columbus discovered the eastern-most island of the Great Antilles. About 50 years later, Puerto Rico began to really blossom – through you! Which roles will you play in this new world: Prospector- Governor- Settler- Trader- Whatever you do, you have one goal: to achieve the greatest prosperity and highest reputation! Who will have the most fruitful plantation- Who will build the most impressive buildings- And, who will earn the most victory points-

In Puerto Rico, you run a large estate in the Antilles. You plant indigo, tobacco, coffee, corn or sugar cane, you transform your harvest in your workshops and factories, and you send it to Europe, eager for exotic products. To do this, you'll have to invest, build, and attract settlers in your estate.

A finalist in the 2002 Deutscher SpielePre awards, Puerto Rico is ranked number one on the internet Top 100 board games list and is getting heaped with praises by users and in reviews. Puerto Rico is clever, it's a light strategic game that will appeal to casual and advanced gamers. It has a strong theme and is a wonderful gaming experience… definitely recommended.