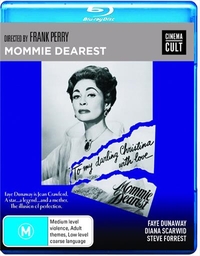 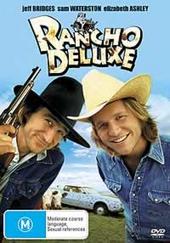 Jeff Bridges and Sam Waterston star as an oddball team of modern-day cattle rustlers in this “quirky, inventive portrait of the no longer wild West” (Newsweek). If you’re ready for a little not-so-innocent frontier fun, for “some desire under the elms…some smoldering glances at the OK Corral,” then head straight for Rancho Deluxe. Montana’s Big Sky country is the setting for this whacked-out western that “literally litters the landscape with the crazed descendants of those hardy pioneers whose covered wagons have been replaced by ubiquitous pickup trucks” (LA Herald-Examiner). Among these deviated denizens are Slim Pickens as a crafty old stock detective, Harry Dean Stanton and Richard Bright as a pair of clumsy cowhands and Clifton James and Elizabeth Ashley as a bored couple from Schenectady who bought their ranch with the profits from a chain of beauty parlors. “A most engaging, deliberately cool comedy about coping in the contemporary American West.” Vincent Canby, The New York Times