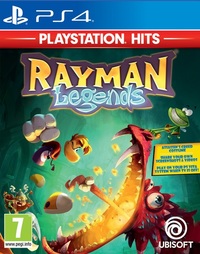 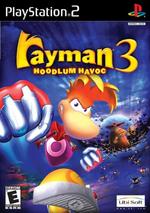 As with all the Rayman games this is fun but incredibly frustrating. If you are the kind of gamer who throws the controller after 2 or 3 failed attempts perhaps this isn't the game for you but if you like a challenge and blowing raspberrries at the TV when you finally complete something – I would highly reccomend this and any other in the Rayman series

When Rayman's trusty sidekick Globox accidentally swallows the Lord of the Dark Lums, Rayman must face the Hoodlums, a bumbling yet deadly army of evil bent on recovering their leader from Globox and overtaking the land. Rayman's only chance- Quest to find a cure for the manic Globox, scour the land for unearthly new powers, and win the allegiance of a fierce warrior tribe known as the Knaaren.