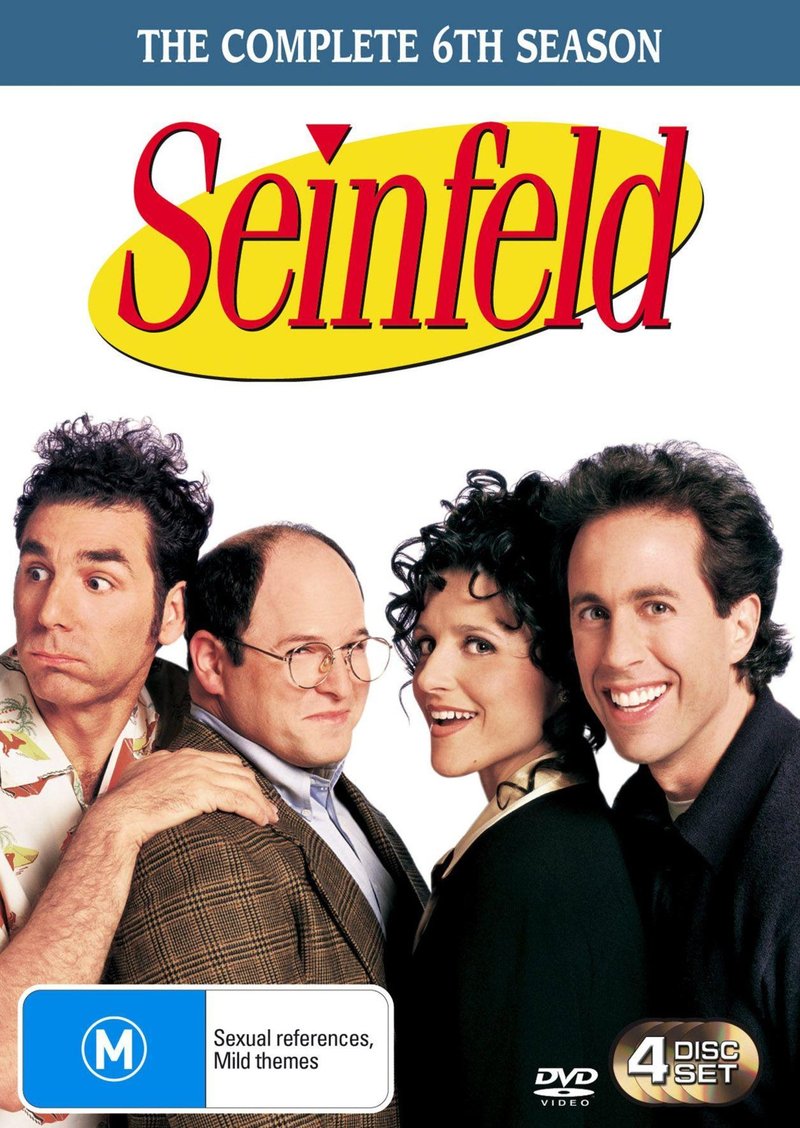 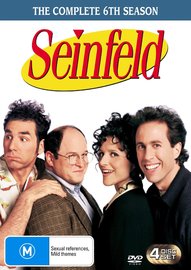 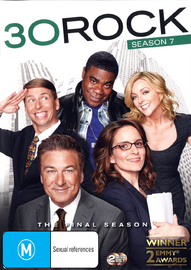 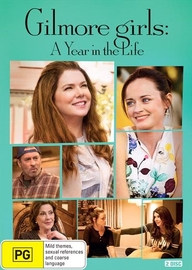 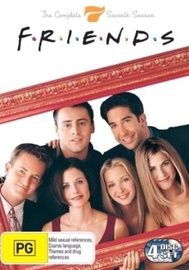 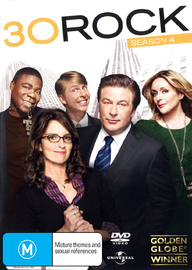 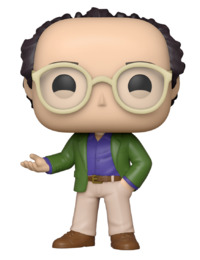 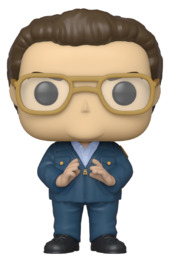 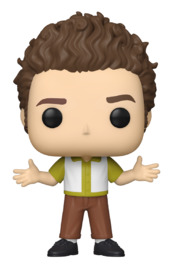 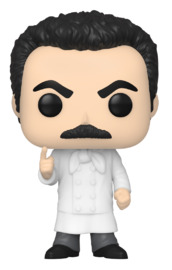 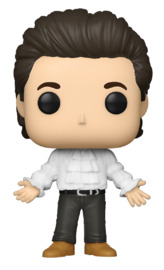 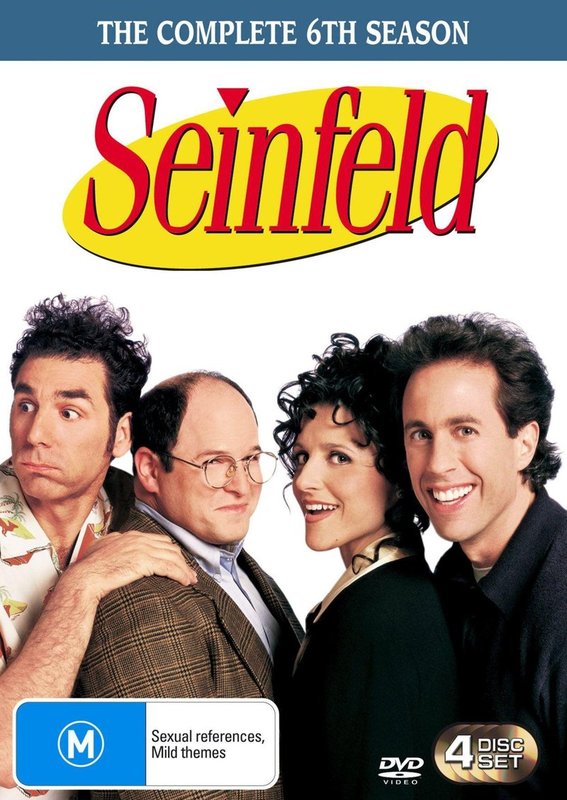 i cant get over the price of the seinfeld collection on here. i will have them all! this season is as brilliant as ever. if you love a bit of quirk, theres nothing quirkier than these great, great characters.

DISC ONE THE CHAPERONE-When Jerry dates a beauty contestant, Kramer wants to chaperone. Mr. Pitt hires Elaine. George encourages the Yankees to make cotton jerseys. THE BIG SALAD-George has issues when his girlfriend takes credit for buying Elaine a salad. Jerry is disturbed that his girlfriend was Newman's ex. Kramer gets involved in a slow-speed chase with a suspected murderer. THE PLEDGE DRIVE-Elaine sees Mr. Pitt eating a candy bar with a knife and fork, starting a trend. George thinks everyone's giving him the finger. Jerry hosts a PBS pledge drive. THE CHINESE WOMAN-George's phone lines get crossed with Donna Chang's and Jerry dates her – but she's not Chinese. THE COUCH-Elaine dates a hunky moving man. Kramer and Poppie go into the pizza business. George tries to rent Breakfast at Tiffany's instead of reading it to impress his girlfriend. Poppie pees on Jerry's couch. THE GYMNAST-Jerry dates a Romanian gymnast. Elaine tries to tear Mr. Pitt from a 3-D poster. George's girlfri­end's mother catches him eating from the trash.

DISC TWO THE MOM & POP STORE-George thinks he bought Jon Voight's car. Kramer tries to save a store. Jerry crashes a party to watch the Macy's parade. THE SOUP-Kenny Bania offers Jerry a suit in exchange for a meal, but soup doesn't count. THE SECRETARY-Jerry sees his dry cleaner wearing his jacket. George's secretary out-earns him. Kramer gets Uma Thurman's phone number. Elaine finds that Barneys uses skinny mirrors. THE SWITCH-Jerry tries to pull the roommate switch. George dates a bulimic. Elaine agonizes over Mr. Pitt's busted racket. Kramer's first name is revealed and we meet his mother. THE RACE-Superman fan Jerry dates a woman named Lois, whose boss is his high-school nemesis. Elaine dates a Communist; now George wants to. Kramer works as a Santa with Mickey as his elf. Jerry races his nemesis again to settle their score. THE LABEL MAKER-Elaine and Jerry find that Tim Whatley “re-gifted” a label maker. Kramer and Newman play Risk. George is threatened by his girlfriend's male roommate. Everyone has Super Bowl fever and Jerry's sick over who joins him at the game.

DISC 3 THE SCOFFLAW-George learns the truth about a friend's illness. Kramer brings in a notorious scofflaw. THE HIGHLIGHTS OF 100 (PARTS 1&2)-An hour-long look at highlights from the first 100 episodes. THE BEARD-Elaine poses as a beard for a gay man and tries to convert him. George wears a toupee and turns down a bald woman. Kramer makes money posing in police lineups. Jerry takes a lie detector test to prove he's not a fan of “Melrose Place.” THE KISS HELLO-Elaine's friend loves to “kiss hello” but Jerry hates it. Kramer adorns the apartment lobby with photos to encourage tenants to know their neighbors. THE DOORMAN-Mr. Pitt's doorman intimidates Jerry. Elaine and Jerry cover themselves when a couch is stolen from the lobby. Frank Costanza moves into George's apartment. Kramer and Frank make a bra for men but argue over the name.

DISC FOUR THE JIMMY-George goes into business with a buddy who refers to himself in the third person. Jerry discovers his dentist keeps Penthouse in his waiting room. Kramer comes off as mentally challenged at a benefit. THE DOODLE-George is upset by his girlfriend's sketch of him. Jerry's flea-infested apartment forces his parents into Elaine's hotel. THE FUSILLI JERRY-Elaine's boyfriend uses one of Jerry's moves. Kramer mistakenly receives license plates that read “Assman.” THE DIPLOMAT'S CLUB-Jerry's plan to meet a gorgeous model is derailed. George proves that he's not racist. Elaine plans to quit her job, until she realizes she's in her boss's will. THE FACE PAINTER-Puddy paints his face for a hockey game. George tells his girlfriend he loves her. THE UNDERSTUDY-Jerry and George are accused of injuring Bette Midler so Jerry's girlfriend can take the stage in their Broadway show. Elaine has Frank translate her manicurist's con­versations. Elaine meets J. Peterman and lands herself a new job.