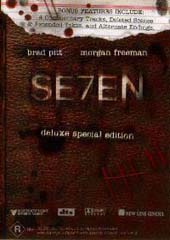 Seven deadly sins. Seven ways to die. Seven ways to kill. This thriller portrays the exploits of a deranged serial-killer. His twisted agenda involves choosing seven victims who represent egregious examples of transgressions of each of the Seven Deadly Sins. He then views himself as akin to the Sword of God, handing out horrific punishment to these sinners. Two cops, an experienced veteran of the streets who is about to retire and the ambitious young homocide detective hired to replace him, team up to capture the perpetrator of these gruesome killings. Unfortunately, they too become ensnared in his diabolical plan….