Somewhere In The Night 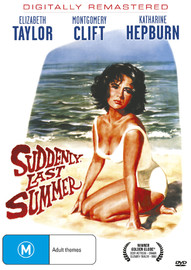 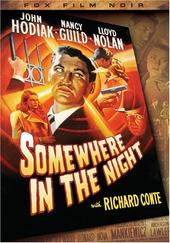 Director Joseph L. Mankiewicz produced work within numerous filmic genres, yet always retained his personal touch, which he developed in order to explore and analyze the self-conscious characters he created. SOMEWHERE IN THE NIGHT is his film noir–although many of his movies exhibited a noir-ish tone–and unfolds in post-WWII L.A. George Taylor (John Hodiak, THE PEOPLE AGAINST O'HARA) is a soldier who returns from the war after a grenade left him alive but without his memory. All he has to go on is his name and a letter from an old girlfriend, informing him of how much she hates him. Taylor sets about attempting to locate his lost identity, finding a note informing him that his “friend” George Cravat has deposited $5,000 to his account. When Taylor goes to claim it, he triggers a stream of encounters with people who he has apparently double-crossed in some way, but enlists the aid of a sympathetic cabaret singer who knew his former girlfriend. The plot is full of twists that keep the suspense level at top notch, and the cast of B-actors all turn in fine performances, creating a classic, moody noir with dashes of comedy. John Ireland (LITTLE BIG HORN, THE BUSHWHACKERS) narrates.

“Joseph L. Mankiewicz's ner­vous nightmare (made in his first year of directing) isn't an all-hallowed member of the noir canon – it's fairly slick, and Mankiewicz has little or no existentialist cred. But it sings the school's black-hearted lament.”

“Out of this familiar premise, Mankiewicz has fashioned a classic film noir.”

“It's smashingly photographed in the classic styles of the genre.”