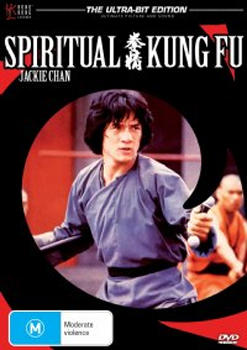 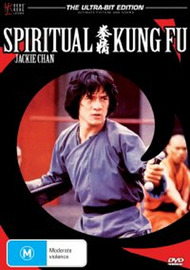 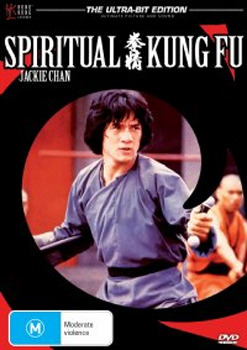 Hong Kong Legends unearth a wonderfully bizarre Jackie Chan classic and apply the Ultra-Bit treatment to show it off like never before!

This time we join Jackie with his head in a book and some helpful ghostly kung fu teachers! Believe it or not that spells action scenes aplenty as Jackie needs a manual which has been stolen from his temple in order to combat the ‘7 Fists’. In the wrong hands this knowledge could spell disaster so it’s up to Jackie to track down the traitorand counter the deadly fight moves that the book has endowed upon the thief.

This early Jackie Chan gem lets him play the type of bumbling student role he perfected in Drunken Master and Snake in the Eagle’s Shadow to great effect. Cue a raft of amusing fight scenes under the direction of Lo Wei (Fist of Fury) and you’ve got quality armchair comic action viewing that’s not to be missed!