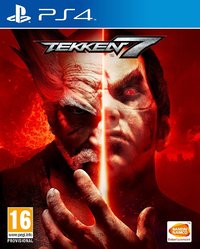 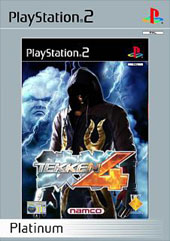 It was awesome while it lasted. The problem is that it is for experienced gamers, you won't be able to just pick up and have a blast. But the combinations of moves is so different, when against a computer on the highest difficulty it is like the entire fight was choreographed with split moment dodges and under and over attacks. You don't need super effective combos, just the common sense to block, to side step and to attack with something that hurts. The motion is very fluid and paced, the pace allows for actual strategy instead of button mashing. The reason I say it was awesome while it lasted is simply because I had one go at Tekken 5 and have ever since been a little disappointed that Tekken 4 is not Tekken 5. Tekken 5 allows for more pick-up-and-play fun with anyone including a fight against a beginner. Would have saved me so much boredom when versing a beginner and having to play Tekken 4 in a refrained attack mode.

Tekken 1 through 3 (and Tag) to most people were just fighting games. Different characters had different strengths and weaknesses. No big deal. Tekken 4's biggest improvement is the addition of the storyline. Who is Heihachi? What is his relationship to Lee Chaolan? Most of it is not ground-breaking news, almost every Tekken fan knows the Mishima family tree, but the storyline provides an excellent bridge class for those that don't.

Also, unlike previous Tekken games, there is now a semi-interactive environment. Rather than just being able to run around, never getting closer to objects in the background, you can now do King's Giant Swing, throwing someone into a phone booth and smashing it to pieces, you can do Paul's Stone Breaker into an actual stone statue and knock it to bits. Amazing! Not only that, but different scenes have a different fighting areas and obstructions, which range from a very open airport runway, to an underground cabin surrounded by spectators (which you can knock over!).

Drawbacks? Well, for starters, the way characters are controlled and the physics in general have changed. Fans of older Tekken games have to get used to a new style. It's not completely different, but it's different enough to make some of your old juggle combos useless. However it gives something else to learn, so you aren't just playing Tekken 3 with different characters.

Five stars. Different, but in a good way.

You've fought them all. You've beat them all. You think you have no equal. You're wrong! The next evolution in fighting games begins with the series that set the standard. Tekken strikes back with all-new graphics, game play mechanics, and fearsome fighters. Newcomers engage old favorites in interactive, multi-leveled arenas. Expanded game modes allow for deeper game play. Best of all, just when you thought Tekken couldn't look any better, Namco outshines its previous efforts. The king of all fighting games returns, and this time, it will show no mercy.