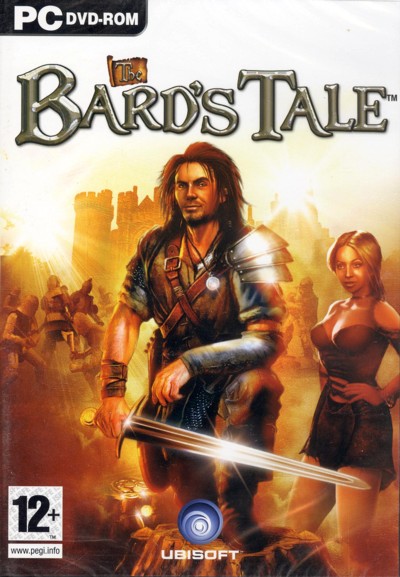 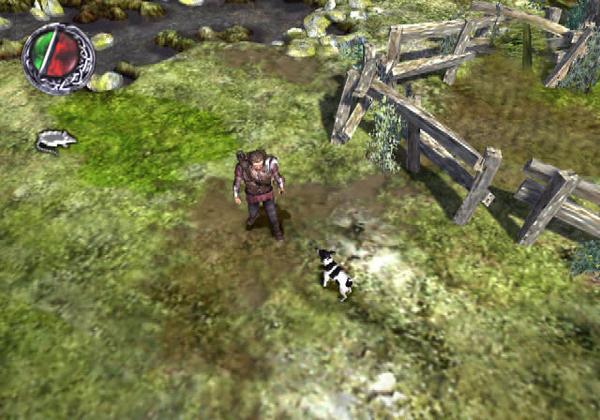 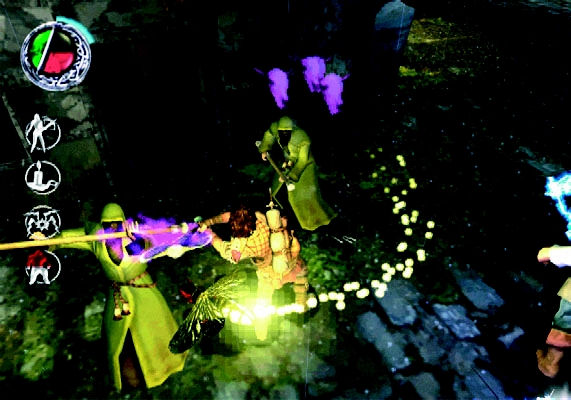 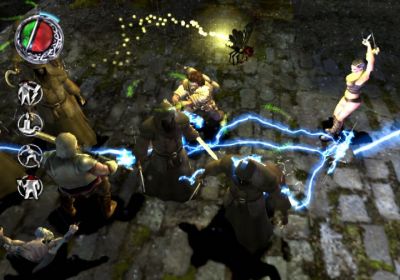 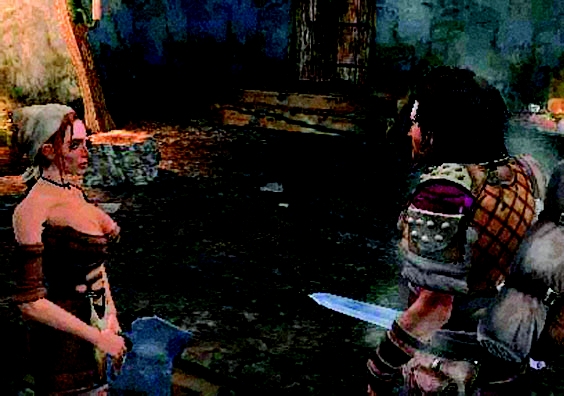 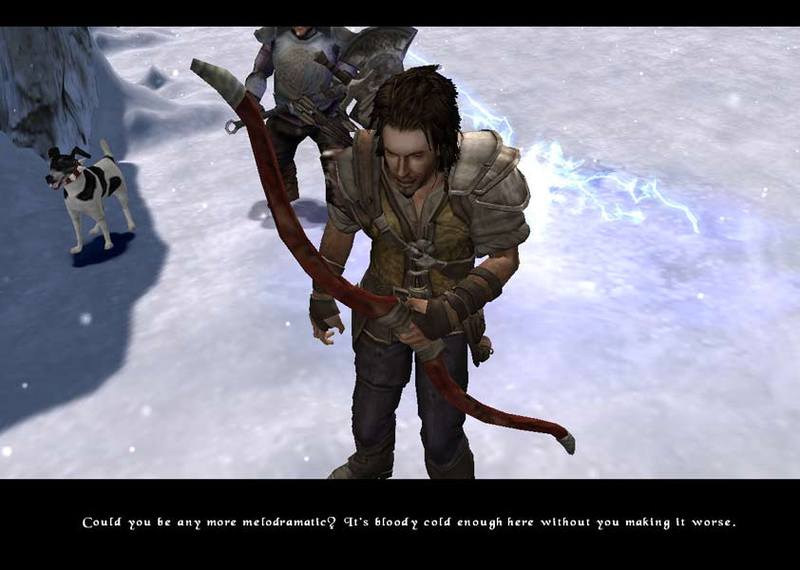 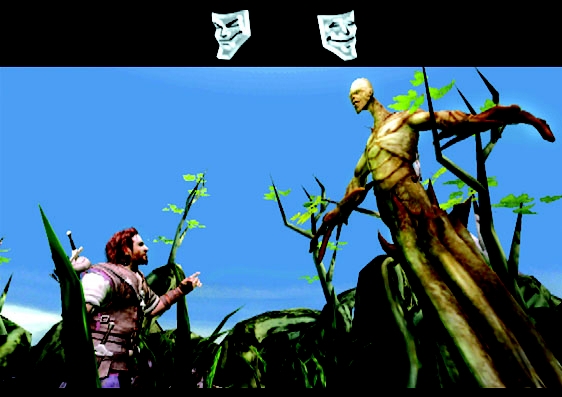 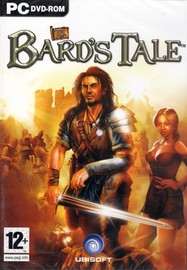 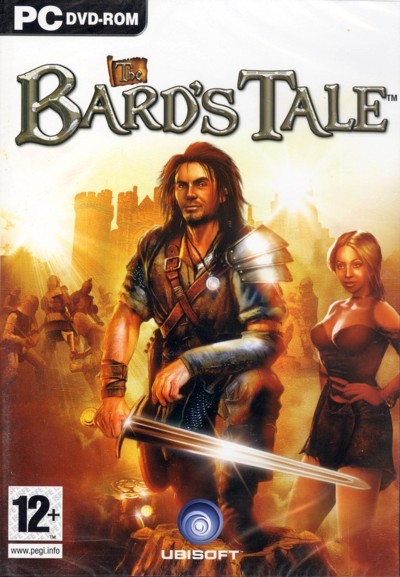 Well this game has been around for a while, and I still love it. Brought it orginally when it came out on the PS2 and it was stolen before I could finish it. So brought the PC version for my old XP computer and had a great time again. But it broke my heart when I got a new computer with Windows 7, and I found out that this retail version does not work on Vista or Win7, bummer.

Anyway the games is very good. The humour is very good especially the narrator and the bard conversations. This is no hardcore RPG but if you like Diablo then this is similar but with a good plot. Some of the reference made in the game you will have to be a real nerd to understand, but the jokes pop along fast enough for most people to have a laugh. There are a few control problems but you get used to them pretty quickly and there is nothing game breaking. Voice acting is very good, Cary Elwes is “The Bard” (from movie Robin Hood Men in Tights and the Princess bride fame). The music has some good moments as well. Best moment: Break dancing zombie (the bards comment at the end sums it up).

Now for the good news, for the Vista and Win7 users, Steam has released a version that is compatible with the newer systems. I have a 1080p screen so video does look a little blocky, but I can live with that as the in-game graphics are fine.

So to sum up good game, but if you have Windows XP get this version, if you have Vista or higher get the Steam version. Price wise they are about the same.

As I said, it has a FIRE BREATHING RAT!. That in itself should be worth the buy for $15. But nay, there is more to this game this just fire breathing rats. This is the story of the Bard. A stereotypical class usually seen as a charmer of ladies, a singer of melody's, beloved by all. However, not in this game.

This Bard is a snarky sarcastic bastard. He's a rogue, a thief and a beer drinker. In this game you'll find yourself coming up with strange solutions to many odd twists. The game itself is built up around making fun of the RPG genre, and it does this famously. As a avid RPG gamer from back in the day's of DOS when I was a wee tot, I got all the jokes in this game, all the puns and laughed my head of from the entire affair. Well worth the purchase if you are up for a bit of fun and know the RPG genre inside out.

A few picks however. The game has one of the more irritating camera angles I've encountered. It's birds eye, which would be fine if it has a slight slant to it, but as it doesn't you can barely see most of the map half the time, nevermind the enemies heading your way. It uses the same game engine as Baldurs Gate: Dark Alliance 2, which leaves the game pretty. But, due to a bad port to PC, the ability to increase the resolution for this game is located outside of the actual game. Not really much of an issue, but it does cause some confusion when you play the game for the first time and have no idea where everything is.

The game also suffers from a less then informative opening tutorial. You basically told how to summon stuff, how to swing your blade, and thats it. You get tossed into the game with little direction. So after a small amount of searching I found myself dying fast by taking a quest that was way about my level. Little annoying as while I dislike being coddled by a game, I dislike being kicked out of the nest without even the slightest hint of a direction either.

Mighty Ape also seem's to have made a bit of a mistake with the screen shot of the game. It's not the original Bards Tale PC package, which came with the original DOS Bards Tale trilogy, but rather a repackaging in the Revival series. This means you don't get a hard copy manual, but that it's located in a PDF on your CD. Rather annoying given that you can't read the manual and play the game at the same time. Perhaps updating the screenshot of the case would be a good move on Might Ape's part.

All in all the games fun, suffers few faults, but a general good laugh to play. Worth getting if you want some humor in a game, but still want to cut down some gobbo's.

It was one of the funniest games ive ever played and its filled with many great songs, as well as an awesome story line with a great twist – its not what one would expect I will say that much.....

The Bard's Tale combines the development team's collective knowledge of compelling RPG gameplay with brilliant graphics and major motion picture quality story and dialogue. Unlike most RPG games produced today, The Bard's Tale will eschew genre clichés in favor of intelligent humor for an original and truly entertaining experience. inXile's development focus on the RPG genre comes from Brian Fargo's long legacy of delivering standard-setting RPGs to market. While inXile's principals headed production at their previous game company they won RPG of the Year crowns four years in a row.

The initial The Bard's Tale, produced by Brian Fargo and published by Electronic Arts, originally shipped to market in 1985 on the Apple II computer and quickly achieved both commercial success and critical acclaim. It quickly became a #1 seller and later spawned two sequels and a series of books. The series went on to sell over 1 million copies worldwide. The game achieved numerous awards and industry fame and eventually was inducted into Computer Gaming World magazine's Hall of Fame and GameSpy's Hall of Fame. Because of the resurgence in pop culture of fantasy-based stories and the intense popularity of the RPG genre, bringing back this classic franchise utilizing the latest technologies is sure to be a success with gamers around the world.