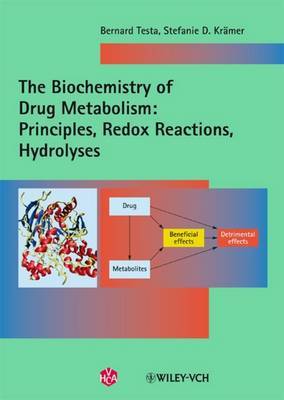 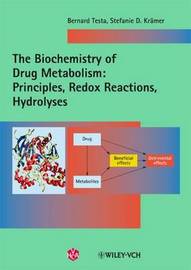 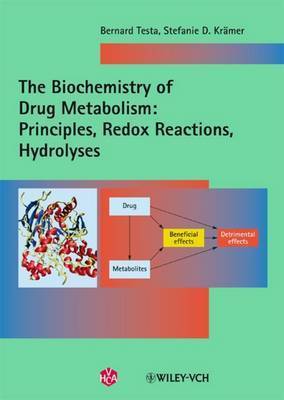 Unavailable
Sorry, this product is not currently available to order
The first of the two volumes is divided into three parts. Part One begins by introducing xenobiotics in the broad context of physiological metabolism, and continues with an overview of the processes of drug disposition and metabolism. It then goes on to summarize the macroscopic and microscopic locations of drug metabolism in animals and humans. This is followed by an introduction to the all-important issue of the consequences of drug and xenobiotic metabolism, providing an initial overview of pharmacokinetic, pharmacological and toxicological consequences. The last chapter examines drug metabolism in the context of drug research, with a focus on medicinal chemistry. The second part is a major component of the book, corresponding to the role of oxidoreductases as major agents of metabolism. Cytochromes P450 receive particular attention, namely their multiplicity, structure, catalytic mechanisms, and the various reactions they catalyze, while other oxidoreductases are also presented, such as flavin monooxygenases, monoamine oxidases and other amine oxidases, aldehyde oxidase and xanthine dehydrogenase, peroxidases, and dehydrogenases-reductases. Each drug-metabolizing enzyme or enzyme family begins with an Enzyme Identity Card summarizing its nomenclature and biochemical essentials. Part Three begins with a survey of the classification, properties and catalytic mechanism of the innumerable hydrolases known or suspected to play a role in xenobiotic metabolism. The focus then shifts to a systematic presentation of the various substrate classes, namely carboxylic esters, amides and peptides, lactams and lactones, esters of inorganic acids, alkene and arene epoxides, and some miscellaneous hydrolyzable moieties. With a foreword by Prof Leslie Z. Benet, the world's best and best-known biopharmaceutical scientist

Bernard Testa is Emeritus Professor of the University of Lausanne, having served there for 25 years as a full professor of medicinal chemistry. He has written 6 books and edited 33 others, and-authored well over 450 research and review articles in the fields of drug design and drug metabolism. Between 1994 and 1998, he was the European Editor of Pharmaceutical Research, and is now a Senior Editor of Chemistry & Biodiversity, as well as serving on the editorial boards of several leading journals. Professor Testa holds honorary doctorates from the universities of Milan, Montpellier, and Parma, and is a recipient of the Nauta Award on Pharmacochemistry given by the European Federation for Medicinal Chemistry.
Release date Australia
February 13th, 2008
Author
Audience
Country of Publication
Switzerland
Imprint
Helvitica Chimica Acta Verlag,Switzerland
Pages
332
Series
Biochemistry of Drug Metabolism (Vch)
Dimensions
171x242x19
ISBN-13
9783906390536
Product ID
3096400