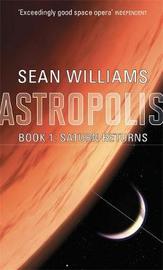 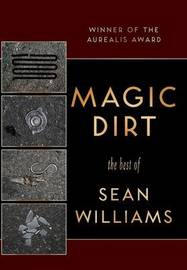 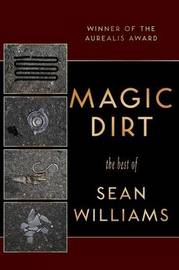 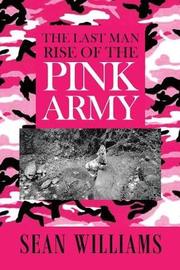 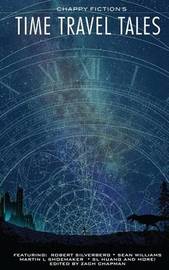 Unavailable
Sorry, this product is not currently available to order
In a distant future of Earth's galaxy, exotic castes of humanity coexist uneasily with descendants of humans who colonised the stars. Peace is often short-lived. Commander Morgan Roche of the Commonwealth of Empiresarmada delivers an AI to her superiors in Intelligence. Just before completion of this mission, she is ambushed on Sciacca's World but escapes and her survival becomes dependant on a castaway, Adoni Cane, an adept fighter without a past. Betrayed, and abandoned by those she has trusted, Roche must tread a path that forces her to question everything she has held dear. Just what powers does this AI have and does it have its own agenda? Morgan will prove to be a tough adversary and a skilled survivor.

New York Times bestselling author Sean Williams has written over twenty novels and numerous short stories for adults and younger readers. He is a multiple recipient of both the Ditmar and Aurealis Awards. Sean lives in Adelaide and DJs in his spare time. There have been four defining moments in my writing career: at the age of 12 I read Heinlein's short story, "By His Bootstraps," and immediately became obsessed with science fiction (with a preference towards tales of time travel); at the age of 15 I was encouraged to write short stories by my English school teacher (that is, my teacher encouraged me to write, as opposed to me plagiarising stories already written by my teacher); at the age of 21 I read Delany's "Dhalgren" and realised that this was the type of fiction writing I wanted to aspire to; at the age of 30, I met Sean Williams... At the age of 40, I no longer focus solely upon science fiction as I did through my teen years. I still write, though have recognised the need to concentrate on novel writing now as opposed to short stories. I still dream of one day penning a Delany-esque book, but as the years tick by this seems increasingly unlikely to ever eventuate. And, despite the beard, long hair and considerably different writing styles, I am still, on occasion, mistaken for Sean... I am not what you would call a highly prolific writer, but I am steadily productive. Over the years I have managed to write about two dozen or so short stories. Some of these have even been fortunate enough to have found homes in magazines and/or anthologies, while others have been secreted away in a vault where no-one will ever find them. This is as much for my own sake as it is humanity's. Nevertheless, awful as they might be, I cannot bring myself to do the humane thing and dispose of them. They are attempts at writing which failed, yes, but they also make up the foundation stones upon which I have built my writing career (for want of a word). They were part of the creative process which made me what I am today. And what exactly am I? I am a writer, that much I know. Not a major writer, admittedly, but a writer nonetheless. In fact, even had I never been published, I would still have been a writer. I write, therefore I am (a writer.) For the last few years I have been co-writing with my good friend, Sean Williams. Together we have written a trilogy of books which go under the collective banner of Evergence. This is a collaboration I am immensely proud of, and I am grateful for having had the opportunity to work with Sean. Writing with him was an invaluable learning experience for me, and hopefully in the not too distant future I will get the chance to work with him again on the second Evergence trilogy (sales of the first trilogy permitting). In the meantime, however, I am busy working on my own book - a suspense/horror story, which is a far cry from anything I have ever attempted before. What the future holds for me, God only knows (and he/she isn't telling). I do have a few projects lined up that I would like to develop over the next few years, including: mainstream novel which deals with a relationship that challenges social mores, and how the prejudices of a conventional society can impact upon such a relationship; a psychological drama set predominantly within the mind of one of the protagonists; a time travel story based upon a short story I wrote about ten years ago; and, a grand and somewhat indulgent saga in which I attempt to deal with the premise that we are all responsible for our own actions in a predetermined universe (it's my choice to write it, but it was always going to happen, you know?). As well, I have ideas for a science fiction script, a recipe book, a couple of children's books (just need an illustrator, because stick figures just don't cut it with kids these days -- nor with the editors, for that matter!), and a book looking at my experiences as a parent and child-care worker. Whether or not any of these projects get to see the light of day, of course, remains to be seen. But it doesn't matter either way. I will continue to write regardless, because, to quote Delany, I have an "exhausting habit of trying to tack up the slack in my life with words."
Release date Australia
January 25th, 2000
Author
Audience
Country of Publication
Australia
Imprint
Voyager
Pages
416
Series
Evergence
Dimensions
114x181x26
ISBN-13
9780732265694
Product ID
1630256