The Truth About Cats & Dogs 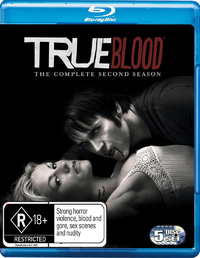 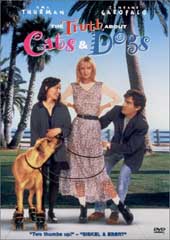 This is a sweet and funny tale of an insecure woman who meets a man she really likes over the phone, but is too shy to appear as herself in person. She asks her gorgeous neighbour to pretend to be her, and the imagined hijinx ensue. The plot can be a little predictable, but overall this movie is one which will make every woman (of any size and type) feel good, and will of course appeal to animal lovers. The dog in the film is adorable and almost outshines his human counterparts.

A feel-good film for a girls night in, it's a good choice every time =)

The Truth About Cats & Dogs

Screenwriter and executive producer Audrey Wells credits Cyrano de Bergerac as the influence behind her screenplay for The Truth About Cats & Dogs. She felt that women are sometimes judged by their looks – just as Cyrano was judged by his giant nose.Abby (Janeane Garofalo), a witty veterinarian who hosts her own radio talk show, is anything but confident when it comes to men.

When a smitten caller named Brian (Ben Chaplin) asks her on a date, she begs her beautiful neighbour, Noelle (Uma Thurman), to take her place. With Abby and Brian falling in love over the phone, and Noelle falling in love with a slightly confused Brian in person, the resulting chaos sets off an escalating series of hilarious dates and misunderstandings!