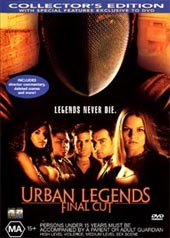 When New England college student Natalie finds herself at the center of a series of sadistic murders seemingly inspired by urban legends, she resolves to find the truth about a 25-year-old massacre and finds herself the focus of the killer.