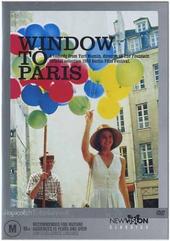 A cynical, sardonic look at what 70 years of the Workers' Paradise made of Russia and its people, through the eyes of a misplaced middle-school music teacher at St. Petersburg Business School.

The opening scene shows a faded, crumbling and dismal square surrounded by moulting masonry, where a long line of over-coated and mufflered comrade citizens stands shivering outside the vodka shop. For a few kopeks, the good comrades can bounce on a temporary trampoline in the background. An out-of-tune band of battered brasses blats and thumps away with half-hearted oomh-pahs at the edge of the milling crowd. When the fat madame commissar of the vodka store shouts that they're all out of booze, the waiting mob becomes ugly and threatening, so the copskis scream at the band to play L'International. The camera closes in on the faces of the patriotic folk who march out of the square behind the band, singing in harsh, non-melodic monotones, but loudly.

Ruined faces. Tattered coats. Dusty, dirty, half-witted paraders. Sad-eyed singers. This cinematic census alerts the viewer that this is no ordinary comedy about expatriate misadventures in a politically devastated land. This is a reality so painful that a more palatable facade of farce and fantasy has been forced upon it.

There's the toothless, 250-pound simpleton “drum-majorette” prancing about ecstatically, leading the parade and showing her garters. There's a vocalist whose face mirrors stark tragedy and a lifetime of disappointment and deprivation. Another who doesn't know where he is or what he's doing. Each “extra” and mob-scene bit-player has been enlisted most carefully by director Yuri Mamin, and becomes one more pixel in this mosaic of the stereotypical post-Soviet Russian landscape. The list of “extras” reads like a phone book. The viewer, somewhat like the damagedand deranged marchers, follows half-blindly along just to see where the parade will take him.

Teacher Nickolai “Kolya” Nicolayevich Tchijov is played by Sergei Dontsov. (This is according to the subtitle spellings rather than the screen-credit version). He has no home and sleeps in the school gym until he's awakened most rudely by his rowdy students and a well-aimed soccer ball. They're a wild and irrepressible bunch, his kids, and they drive the bitchy Madame Comrade Headmistress right up the wall. But our faded, balding hero always carries two weapons: A piano-tuning wrench, since he cannot abide hearing an out-of-tune melody, and a piccolo, which transforms him into the Pied Piper and instantly tames his crazy bunch of students. The former does double duty as a fake handgun when needed, and the latter, as a tranquilizer for his hyper homeroom hedons. We see him drilling them in a rapid and riveting close-order dance. It's jazzy and athletic and it's a great sight.

The school, like everything else in this film, is dirty and crumbling. Profound proverbs are bannered multi-linguistically in the halls: “The Money Does Not Stink.” This is about the same level of intellectuality with which Maestro Kolya is informed that a musical pedagogue has no place within the serious confines of a serious business school.

And miraculously, through “spatial refraction,” onto a rooftop in Paris.

“It's a lot warmer,” comments Gorckhov (Victor Mihailov), one of the more observant inebriates, as they make their way down a fire escape to begin a hilarious series of misadventures in the strange city. Only gradually do they begin to realize where they are–some of them–despite the Eiffel Tower's looming presence. And they are less than welcome. When a bunch of brash and boisterous ex-bolsheviks invade a pub, waving their arms and speaking in unknown tongues, attempting to quench a cross-dimensional thirst with worthless rubles, the expression of utter boredom and disdain on the face of the French bartender is worth the price of the movie all by itself.

Here the viewer finds no difficulty suspending disbelief because the comedy is underscored by a deep minor-key basso sostenuto of very realistic sadness at the differences between life in Paris and the rude, bare subsistence of St. Petersburg.

Meanwhile, back at the backward old business school, Kolya's former students have revolted over his dismissal, called a strike, commandeered the classroom and demanded his reinstatement. Suddenly the nasty headmistress is very glad to welcome back the piccolo-playing piper who can quell these riotous youths. The kids are having too much fun being rebellious to listen to him, but finally relent when he promises an field-trip the likes of which they could never imagine.

Seeds of cross-cultural romance are sown: The petulant Parisian penthouse-dwelling sculptress whose vistas are violated repeatedly by the rampaging Russians on adjoining rooftops, pursues one offender backwards through the magic window and gets locked outside Kolya's apartment. That makes her a prisoner in St. Petersburg, and so shattered is she by this abrupt environmental warp, that she ends up in jail as a “violent maniac,” exactly what she accused the unwelcome Russian visitors of. All her vast Gallic snottiness is forgotten and she falls on her knees in gratitude when Kolya bails her out. But only after tuning her piano.

She had used her cutting torch to remove the fire escape ladder from her rooftop–the Russians' major trail-marker back to the window and home. When they were sober enough to find it.

When the kids show up at Kolya's place demanding their payoff outing, he takes them through the window and into an unimaginably splendid new existence. Less rigid and doctrinaire than the elder visitors who preceded them into Paris, they adapt immediately to this sunshiny new place of plenty, and eventually refuse to go home. Doing their dance routines in the streets to collect coins, they see no reason to return to a world where their every mouthful of food may exact a terrible sacrifice by their parents.

But then, according its ancient cycle, the window leading back home is due to close and not reopen for 20 long years. Kolya's arguments for going home are all sentimental and based upon some pretty suspect emotionalisms such as patriotism and “What'll your parents think?” All the kids' rebuttals are reasonable, logical and realistic. Finally the piper admits defeat: "You're right. You were born at the wrong time in a miserable, bankrupt country.” But when one of his precocious preteens hints that she's willing to take to the streets in order to stay behind, a desperate Kolya pulls out his piccolo and pipes them aboard a bus to Orly. In formation and in funky "found” band uniforms, they fool security, march aboard a plane there, and hijack it home to Mother Russia.

Believe it or not, this film is fantastically true and truly fantastic. It is funny the way sad films often are, and sad the way the best of funny films can be. If you think this review reveals too much of the plot; think again. You can watch it repeatedly and see something new every time.

In this joyously funny story, a group of Russians find they can jump directly to Paris from their appaling St. Petersburg apartment. Nikolai has been fired from his job as a music teacher and has to live in the school gym until he finds a place to stay. Finally he secures a room in a rundown apartment. The room's previous inhabitant, an old lady, died a year earlier, yet her cat, still locked in the room, is disturbingly healthy. Soon Nikolai and his neighbours uncover the mystery: there is a window to Paris in the room! That's when the fun begins. But will the Russians resist the temptation to profit from their discovery?
Release date Australia
October 13th, 2005
Stars
Length (Minutes)
88
Aspect Ratio
Language
French
Subtitles
English
Supported Audio
Director
Yuri Mamin
Studio
Sony Pictures
Genre
Movie Format
DVD Region
Edition
Original Release Year
1994
UPC
9398710510690
Product ID
1475603