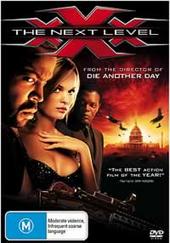 Ice Cube plays Darius Stone, the new recruit for NSA agent, Augustus Gibbon (Samuel L Jackson reprising the role he played in the first movie). After the success of his last renegade recruitment, Stone needs another outsider and Gibbon is his man his new Triple X. The assignment is to track a dangerous splinter group led by someone at the centre of power, Secretary of Defence, George Deckert (Willem Dafoe) who – ‘in the country's best interests’ conspires to overthrow the US government.