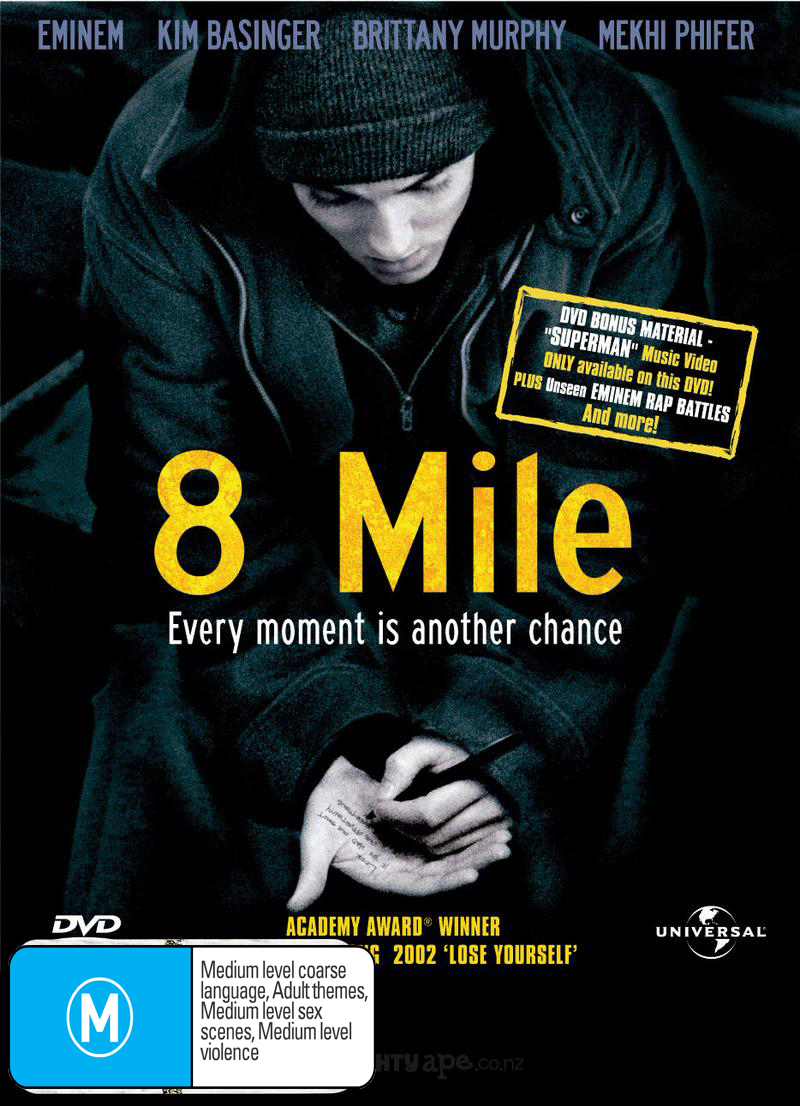 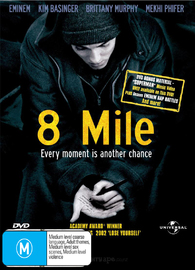 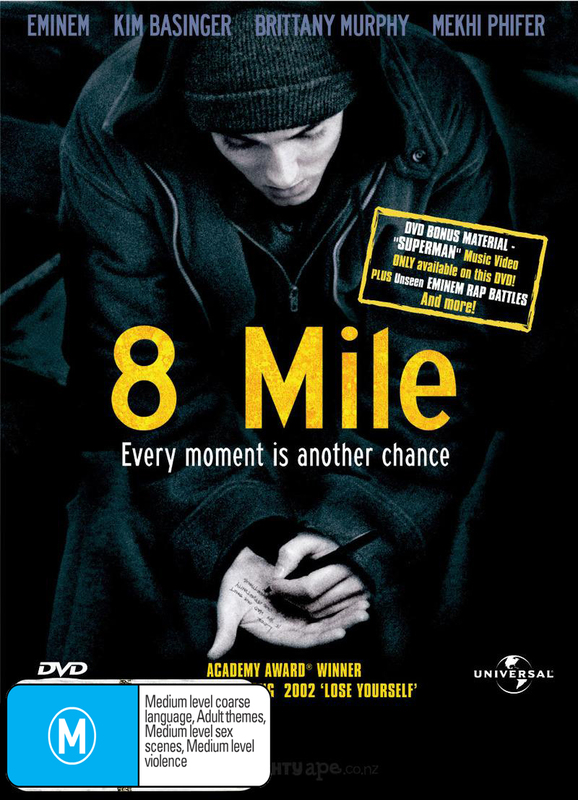 This story is good in the way it relates to the true accounts of a young underground white rapper whos friends believe and have faith in who is a true one of a kind talented young rapper that defies all the odds and keeps marching forward.

Controversial rapper Eminem (real name Marshall Mathers) makes his big screen debut with 8 MILE, a bracing drama directed by the increasingly audacious Curtis Hanson. Set in 1995 in the bleak, urban battle zone of Detroit, the film follows the struggles of a young man who is desperate to make a better life for himself. Jimmy Smith, Jr., better known as Rabbit, is destined for a life of squalor. Living in a cramped trailer with his deadbeat mom (Kim Basinger), Rabbit works in a factory to make ends meet. His only outlet is hip-hop. Possessing a talent for freestyle rapping, Rabbit still hasn't managed to unleash his true potential. But his best friend, Future (Mekhi Phifer), is determined to make that happen. Future forces Rabbit to enter a freestyle battle that he blew the week before, giving him another chance at redemption.

Hanson's stellar portrait of lower-class urban disillusionment, shot with uncompromisingly gritty realism by Rodrigo Prieto, proves that the issue is no longer about race, it's about money. Eminem delivers a bold performance as the troubled youngster who is still trying to find his place in a harsh, cruel world.