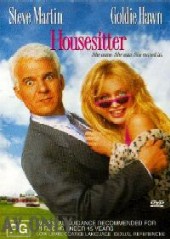 Unavailable
Sorry, this product is not currently available to order
She came. She saw. She moved in. When his longtime girlfriend Becky says no to marriage and the house he has built, architect Newton Davis takes it badly. Three months later a one night liaison with livewire waitress Gwen gets rather out of control when she tracks down the dream house, moves in, and lets it be known locally that she and Newton are married. Everyone in the small town take to her, including his parents, while Becky shows renewed interest. When Newton realises the situation he suggests to Gwen that continuing the deception might have advantages for both of them. Special Features:
Release date Australia
January 1st, 2003
Movie Format
DVD Region
Edition
Aspect Ratio
Language
English
Length (Minutes)
97
Stars
Studio
Universal Pictures
Subtitles
English, French, German, Bulgarian, Czech, Danish, Dutch, Finnish, Hungarian, Norwegian, Polish, Portuguese, Swedish, Turkish
Supported Audio
Genre
Original Release Year
1992
UPC
5050582002294
Product ID
1461985