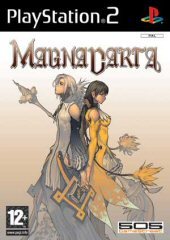 Everything in this game is amazing, dispite the bad voice overs, but thats not a huge issue. The battle system is different and fun to use, and no it was not hard to use at all. This is a highly recommend game to buy.

It was better than expected. Some people say the battle system is complicated but I find it very easy to use. The graphics of the game is pretty good although you woudln't expect it to be something like final fantasy.

The first thing about this game is characters as the characters are drawn in style that you wouldn't expect in normal RPGs. It's strange in a way but unique.

The story line is deep. Perhaps even deeper than final fantasy series which I think a lot of RPGs lack on.

However the voice acting isn't that great in this game but still not that bad either. The worst thing though is the loading time as it does take about 10–15 seconds for the next field to come up.

Overall it's a good game and if you are one of those RPG freaks like me this one's highly recommended.

600 years ago, a strange disease spread across the land, turning its victims into stone. A war ensued, raging for several hundred years and continuing to this day. Tired of the fighting, one group set sail in hopes of finding a new place to live. After countless weeks at sea, the four boats landed on the continent of Efferia. The immigrants saw that the land had been blessed by nature, and so they decided to settle there and begin a new life-a fresh start for those who had lost faith in humanity.

In Efferia, there was a race-the Yason-that closely resembled humans. Though not narrow-minded, they were not prepared to welcome these new settlers with open arms. The Yason and the humans maintained a respectable distance from each other, and went on with their daily lives. Though as time passed, they began to intermingle. However, the human population expanded rapidly, and marginalized the Yason. The Yason's hatred for humans grew until war finally erupted. Initially, the humans had the advantage because of their experience with war. But, before long, the physically superior Yason had turned the tables. After 30 years of fighting, the possibility for a peaceful resolution had vanished.

Calintz, the leader of a small, elite mercenary unit, the "Tears of Blood," took up arms to avenge the destruction of his home. To end the war, the humans mounted a massive attack on the Yason's base, and Calintz's team participated. But, once the fighting began, Calintz ran into Reith, who had lost her memory. Was it fate that brought them together? Could this chance encounter somehow change the future for all of Efferia?