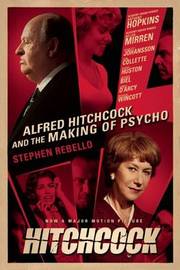 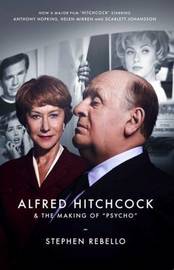 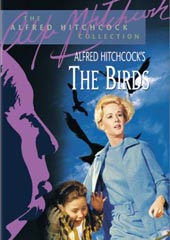 What I love about this film is that its so understated . There is absolutely no attempt whatsoever to explain why the birds are turning against humanity , indeed theres a scene in the cafe where a character points out that bird species joining together to wage war against the human race would be impossible , and the concept is totally ridiculous but Hitchcock and screenwriter Evan Hunter ( Using the basic premise of Du Maurier`s short story – the screenplay is almost totally original ) manage to leave the unsettling thought that this might just happen one day.

The film is slightly dated in some ways , most notably the FX which are sometimes obvious back projection , but this was made in 1963 dont forget . And THE BIRDS does contain some classic scenes like the discussions in the diner , the downbeat ending and the bit where the woman walks into the farmhouse and finds .... no I wont spoil it for you . I rate this as Hitchcock`s best film .

If you want to get your own back then make sure you stuff a turkey this Christmas.

Spoilt socialite and notorious practical joker Melanie Daniels is shopping in a San Francisco pet store when she meets Mitch Brenner. Mitch is looking to buy a pair of love birds for his young sister's birthday; he recognises Melanie but pretends to mistake her for an assistant. She decides to get her own back by buying the birds and driving up to the quiet coastal town of Bodega Bay, where Mitch spends his weekends with his sister and mother. Shortly after she arrives, Melanie is attacked by a gull, but this is just the start of a series of attacks by an increasing number of birds.

Vacationing in northern California, Alfred Hitchcock was struck by a story in a Santa Cruz newspaper: "Seabird Invasion Hits Coastal Homes." From this peculiar incident, and his memory of a short story by Daphne du Maurier, the master of suspense created one of his strangest and most terrifying films. The Birds follows a chic blonde, Melanie Daniels (Tippi Hedren), as she travels to the coastal town of Bodega Bay to hook up with a rugged fellow (Rod Taylor) she's only just met. Before long the town is attacked by marauding birds, and Hitchcock's skill at staging action is brought to the fore. Beyond the superb effects, however, The Birds is also one of Hitchcock's most psychologically complicated scenarios, a tense study of violence, loneliness, and complacency. What really gets under your skin are not the bird skirmishes but the anxiety and the eerie quiet between attacks. The director elevated an unknown model, Tippi Hedren (mother of Melanie Griffith), to being his latest cool, blond leading lady, an experience that was not always easy on the much-pecked Ms. Hedren. Still, she returned for the next Hitchcock picture, the underrated Marnie. Treated with scant attention by serious critics in 1963, The Birds has grown into a classic and--despite the sci-fi trappings--one of Hitchcock's most serious films. --Robert Horton